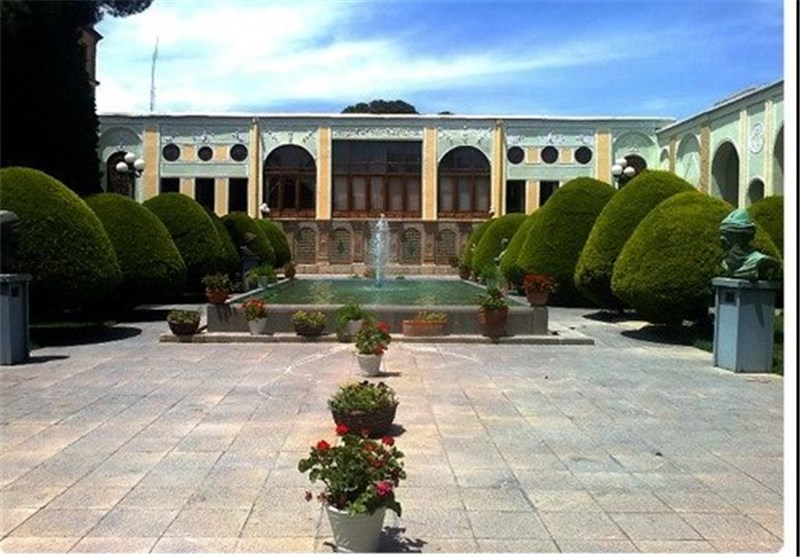 The museum of decorative arts in Isfahan was founded in 1995. More than 3000 artworks from the Safavid and Qajar era are kept in the museum. The building of the museum belongs to the era of Abbas I. In the era of Abbas I and his seccessors, the building was used as the stable of Chehelsotoon palace and horse supplies were kept in its warehouse. There is a multi-storey tower beside the museum, which belongs to the Qajar era. The tower was used at first as watchtower and then as jail. The tower does not have any kind of decorations, but it is regarded as a notable relic of the Safavid architecture.