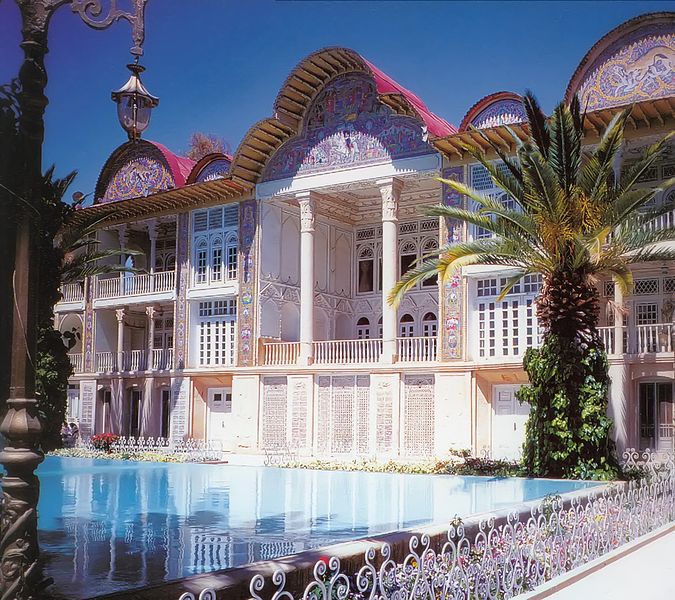 Eram Garden (Persian: Bāq e Eram‎) is a historic Persian garden in Shiraz, Iran.The garden, and the building within it, are located at the northern shore of the Khoshk River in the Fars province.

Both the building and the garden were built during the middle of thirteenth century by the Ilkhanate or a paramount chief of the Qashqai tribes of Pars. The original layout of the garden however, with its quadripartite Persian Paradise garden structure was most likely laid in eleventh century by the Seljuqs, and was then referred to as the “Bāq e Shāh” (“the king’s garden” in Persiam) and was much less complicated or ornamental. Cornelius de Bruyn, a traveller from the Netherlands, wrote a description of the gardens in the eighteenth century.

Over its 150 years the structure has been modified, restored or stylistically changed by various participants. The building faces south along the long axis. It was designed by a local architect, Haji Mohammad Hasan. The structure housed 32 rooms on two stories, decorated by tiles with poems from the poet Hafez written on them. The structure underwent renovation during the Zand and Qajar dynasties.

In 1965, Sir Denis Wright, a British ambassador in Iran, was invited by the Chancellor of Shiraz University, Asadollah Alam, to a party in Eram Garden for Princess Alexandra of the Oglivy. The compound came under the protection of Pahlavi University during the Pahlavi era, and was used as the College of Law. the building housed the Asia Institute.

Today, Eram Garden and building are within Shiraz Botanical Garden (established 1983) of Shiraz University. They are open to the public as a historic landscape garden. They are World Heritage Site, and protected by Iran’s Cultural Heritage Organization. 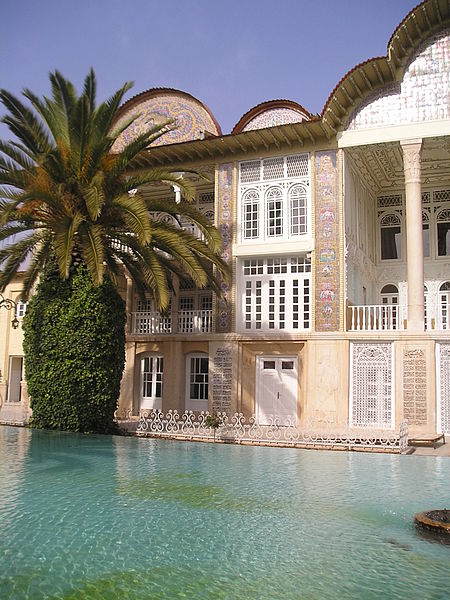