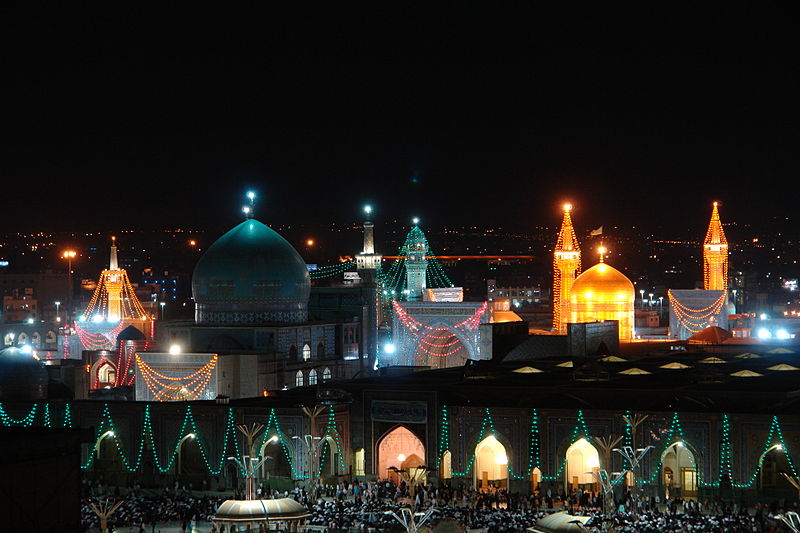 Mashhad is the second most populous city in Iran and capital of Razavi Khorasan Province. It is located in the northeast of the country, close to the borders of Turkmenistan and Afghanistan. Its population is 3,131,586 . It was a major oasis along the ancient Silk Road connecting with Merv in the East.

The city is most famous and revered for housing the tomb of Imam Reza, the eighth Shia Imam. Every year, millions of pilgrims visit the Imam Reza shrine and pay their tributes to Imam Reza.

Mashhad is also known as the city of Ferdowsi, the Iranian poet of Shahnameh, which is considered to be the national epic of Iran. The city is the hometown of some of the most significant Iranian literary figures and artists such as Mehdi Akhavan-Sales, the famous contemporary poet, and Mohammad-Reza Shajarian, the traditional Iranian singer and composer. Ferdowsi and Akhavan Sales are both buried in Tus, an ancient city that is considered to be the main origin of the current city of Mashhad. 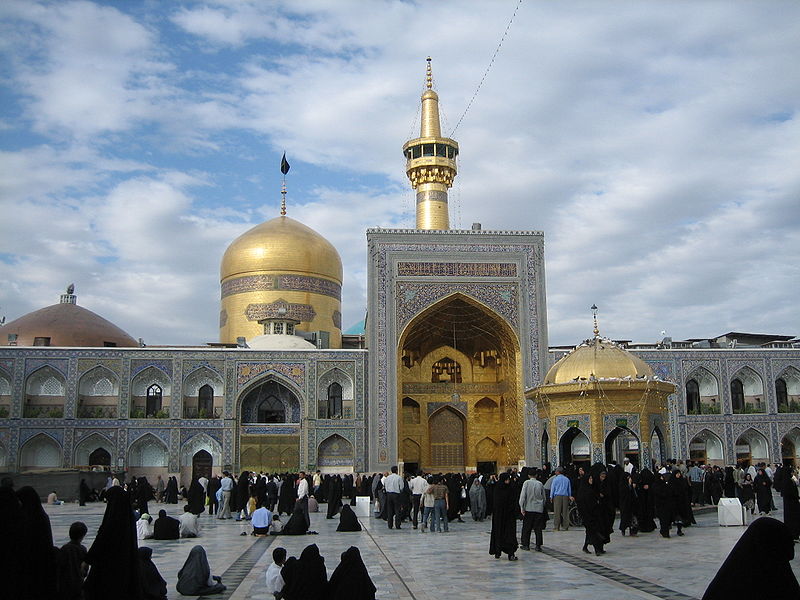 The name Mashhad comes from Arabic, meaning the place of martyrdom the place where Ali ar-Ridha (Persian, Imam Reza), the eighth Imam of Shia Muslims, was martyred and so his shrine was placed there.

At the beginning of the 9th century (3rd century AH), Mashhad was a small village called Sanabad situated 24 km away from Tus. There was a summer palace of Humayd ibn Qahtaba, the governor of Khurasan. In 808, when Harun al-Rashid, Abbasid caliph, was passing through there to settle down the insurrection of Rafi ibn al-Layth in Transoxania, he became ill and died. He was buried under the palace of Humayd ibn Qahtaba. Several years later in 818 Ali al-Ridha was martyred by al-Ma’mun and was buried beside the grave of Harun.

After this event, the city was called Mashhad al-Ridha (the place of martyrdom of al-Ridha). Shias started visiting there for pilgrimage of his grave. By the end of the 9th century, a dome was built on the grave and many buildings and bazaars sprang up around it. During more than a millennium it has been devastated and reconstructed several times.

It was not considered a great city until Mongol raids in 1220, which caused the destruction of many large cities in Khurasan, leaving Mashhad relatively intact. Thus the survivors of the massacres migrated to Mashhad. When the traveller Ibn Battuta visited the town in 1333, he reported that it was a large town with abundant fruit trees, streams and mills. A great dome of elegant construction surmounts the noble mausoleum, the walls being decorated with colored tiles.

Later on, during the reign of the Timurid Shahrukh Mirza, Mashhad became one of the main cities of the realm. In 1418, his wife Goharshad funded the construction of an outstanding mosque beside the shrine, which is known as the Goharshad Mosque. The mosque remains relatively intact to this date, its great size an indicator to the status the city held in the 15th century.

Shah Ismail I, founder of the Safavid dynasty, conquered Mashhad after the death of Husayn Bayqarah and the decline of the Timurid dynasty. Mashhad was later captured by the Uzbeks during the reign of Shah Abbas I, only to be retaken by the Shah Abbas in 1597 after a long and hard struggle, defeating the Uzbeks in a great battle near Herat as well as managing to drive them beyond the Oxus River.

Shah Abbas I wanted to encourage Iranians to go to Mashhad for pilgrimage. He is said to have walked from Isfahan to Mashhad. During the Safavid era, Mashhad gained even more religious recognition, becoming the most important city of Greater Khorasan, as several madrasah and other structures were built besides the Imam Reza shrine.

Besides its religious significance, Mashhad has played an important political role as well. It saw its greatest glory under Nadir Shah, ruler of Iran from 1736 to 1747 and also a great benefactor of the shrine of Imam Reza, who made the city his capital. Mashhad was ruled by Shahrukh Afshar and remained the capital of the Afsharid dynasty during Zand dynasty until Agha Mohammad Khan Qajar conquered the then larger region of Khorasan in 1796. 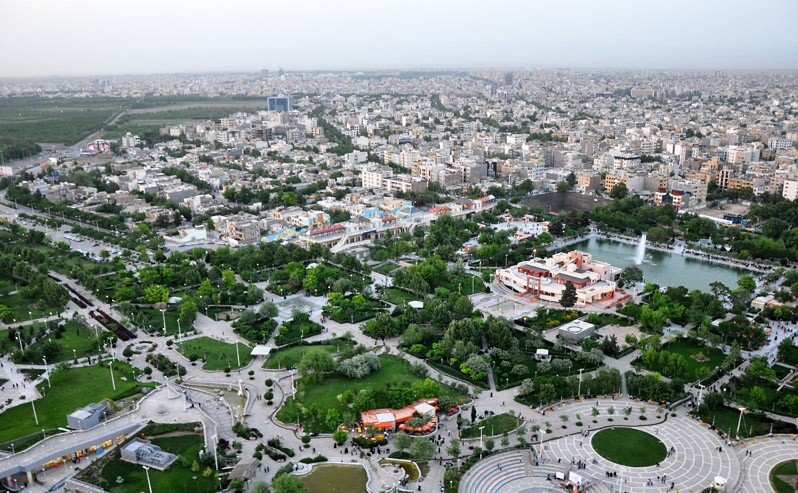 Mashhad City in the morning

Apart from Imam Reza shrine, there are a number of large parks, the tombs of historical celebrities in nearby Tus and Nishapur, the tomb of Nadir Shah and Kooh Sangi park. The Koohestan Park-e-Shadi Complex includes a zoo, where many wild animals are kept and which attracts many visitors to Mashhad. It is also home to the Mashhad Airbase (formerly Imam Reza airbase), jointly a military installation housing Mirage aircraft, and a civilian international airport.

Among the other sights are the tomb of the poet Ferdowsi in Tus, 24 kilometers distance, and the summer resorts at Torghabeh, Torogh, Akhlamad, Zoshk, and Shandiz.

The Shah Public Bath, built during the Safavid era in 1648, is an outstanding example of the architecture of that period. It was recently restored, and is to be turned into a museum. 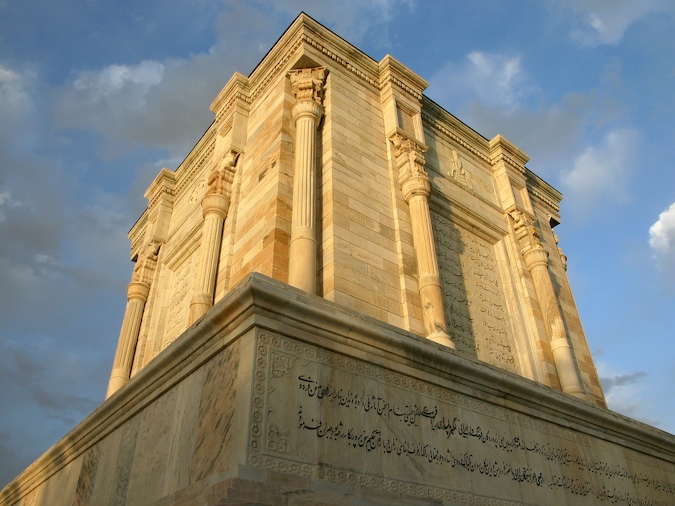 Tomb of Ferdowsi in Tous. 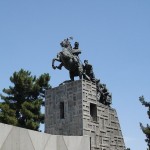 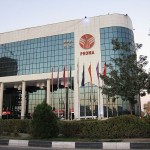 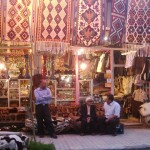 Many beautiful handicraft products are sold in Shandiz and Torghabeh. 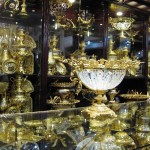 Some Iranian Handicrafts (metalwork) in Torghabeh 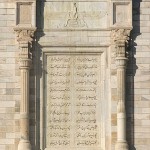 Front facade of the Ferdowsi’s mausoleum in Tous 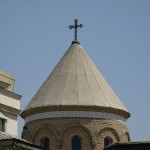 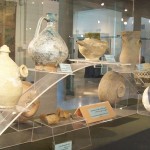 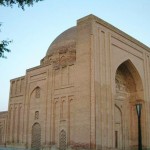 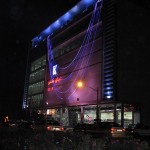 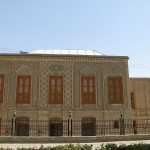 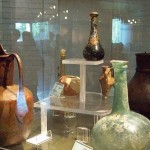 Goharshad Mosque is a former free standing mosque in Mashhad of the Razavi Khorasan Province, Iran, which now serves as one of the prayer halls within... Read more

The Imam Reza Shrine in Mashhad, Iran is a complex which contains the mausoleum of Imam Reza, the eighth Imam of Twelver Shiites. It is the largest mo... Read more

Wooden Mosque  is a unique mosque in near Nishapur that is made completely with wood, so named Wooden Mosque. The mosque was built with earthquake eng... Read more