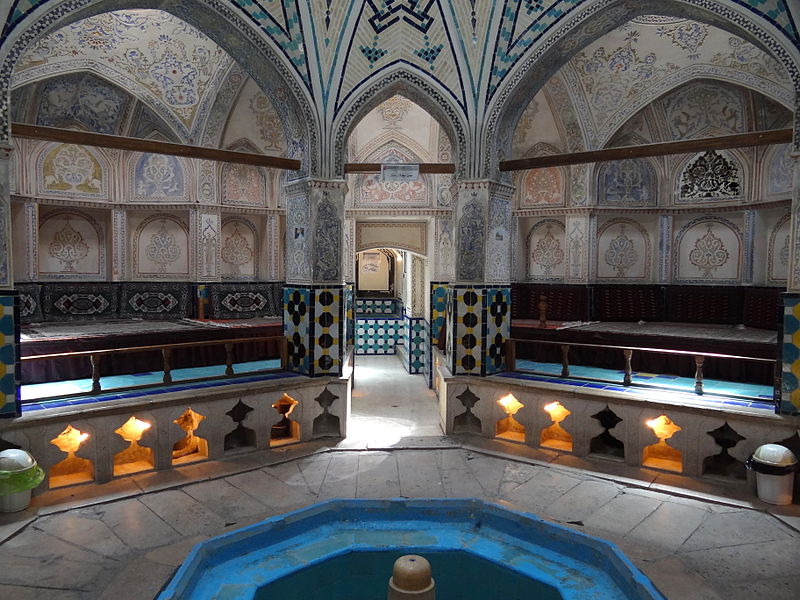 Sultan Amir Ahmad Bathhouse, with an area of around 1000 square meters, consists of two main parts, Sarbineh (the dressing hall) and Garmkhaneh (the hot bathing hall). Sarbineh is a large octagonal hall, which has an octagonal pool in the middle separated by 8 pillars from the outer section. There are four pillars in Garmkhaneh, which make smaller bathing rooms all around as well as the entrance section to Khazineh (final bathing room) in the middle. The interior of the bathhouse is decorated with turquoise and gold tilework, plasterwork, brickwork as well as artistic paintings. The roof of the bathhouse is made of multiple domes that contain convex glasses to provide sufficient lighting to the bathhouse while concealing it from the outside. 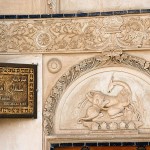 Stone relief above the entrance door 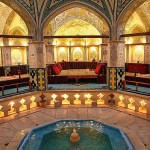 part of the bathhouse is being used as tea house 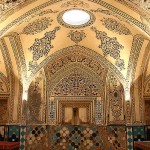 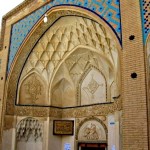 Entrance to the bathhouse 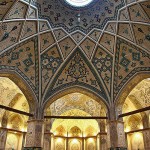 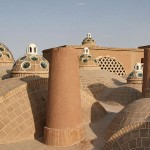 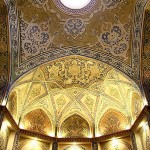 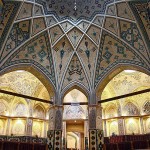 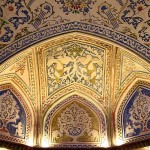