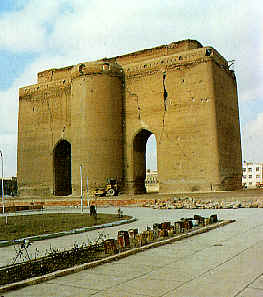 The Arg before the revolution, when it was used as Mellat park. 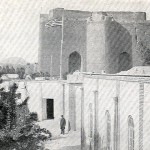 A US flag flies over the US Consulate near Arg of Tabriz during Iran’s Constitutional Revolution. 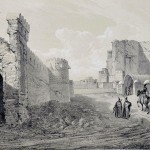 During Russian invasion of Tabriz in 1911 they shelled Arg in initial attacks. Once they captured city they used Arg as a central command center. During their occupation because of careless handling the artillery pieces they set fire on parts of Arg. 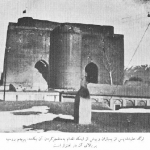 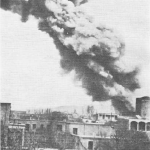 Spread of fire in Arg because of carelessness handling of artillery pieces by Russian troops.

During Pahlavi era Parts of Ark which have been constructed in 19th century Qajar dynasty is destroyed. This destruction was with the aim of purifying the original Arg construction from later developments. The southern part of the Ark is turned to a park, Mellat Garden before Iranian revolution in 1979.

In 1990s and 2000s a rehabilitation and renovation project was executed by the Iranian Organization for Cultural Heritages. During this rehabilitation however removed all of the remaining Qajar era development from Arg castle. Also by construction of a new mosque next to the Arg castle which has an elevation more than allowable elevation the architecture of Ark is dominated by the new mosque.

Construction of a new mosque in frontage of Arg castle, 2013. 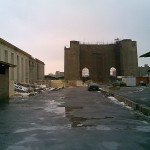 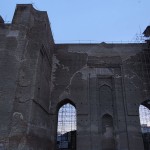 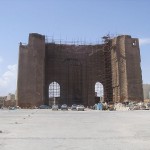 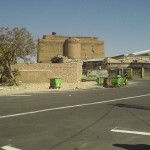 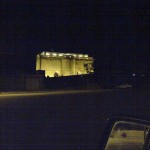 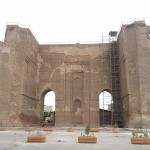