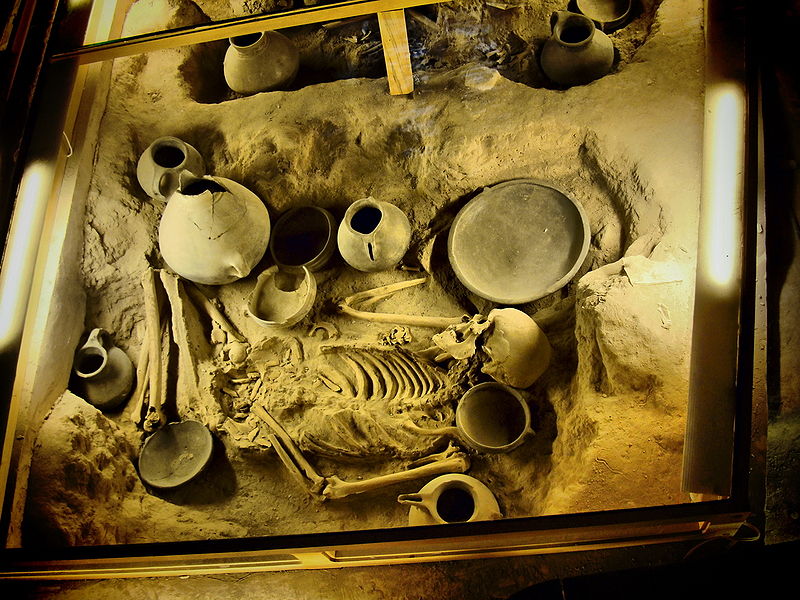 The Iron Age Museum is a museum in Tabriz, north-western Iran, which covers an area of 28,290 m². It is located on the north, northwest and northeast of the Blue Mosque, Tabriz, situated under the several sediments and geological strata from the floor of the existing mosque.

Through the construction of the Blue Mosque, in 1997 the remains of pre-historical cemetery have been discovered. The first season of archaeological survey has been done by Nosrat-Ollah Motamedi. Among the 38 graves of Iron Age, two couple skeleton with the objects buried with them, kept in Azerbaijan Museum have been discovered. Following the first season, four seasons of survey done by Ali Reza Hezhabr-e Nobari began in 2000. Simultaneously with the surveys, conserving and restoration of the skeletons, animal remains such as teeth and horns, the wares, metal objects started.

To conserve and restore the discovered wares and objects, a restoration workshop has been established. Each of discovered objects bears its own certification.

The most important remains of Blue Mosque site are graves belong to the 1st millennium BC (during the Iron Age).

All the burials were of the contracted type with different positions. The graves of babies were plain and adolescent’s were in square shape with two potteries.