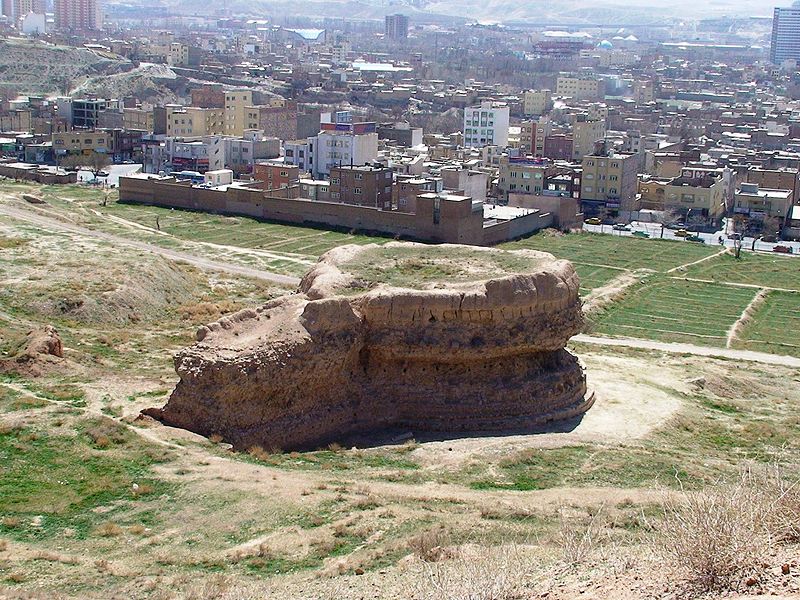 Rab’-e Rashidi was an academic campus in North Eastern part of city Tabriz, constructed in late 13th century during king Ghazan, ruler of Ilkhanid dynasty. The academic campus was a part of Rab-Rashidi endowment which is named after Rashid-al-Din Hamadani, the minister of Ghazan khan. Rashi-al-Din tried to gather the most famous intellectuals of his time in fields of philosophy science and medicine. He also tried to form a structured academic education base in this institute. The establishment was started to decline shortly after death of Rashid al din. The remaining parts of Rab’-e Rashidi later damaged by natural disasters. Nowadays only a small part of the establishment is standing out of the soil and most of its remaining structure is under 6 meters of soil and dust. Iranian archaeologists are recovering it from the soil.

Rab’-e Rashidi origins date to the 13th century, when Rashid-al-Din Hamadani, the minister of Ghazan Khan, the seventh ruler of the Ilkhanid dynasty, established a large academic center in Tabriz, the capital of Ilkhanid dynasty at the time, which he named Rab’-e Rashidi. After his death several years later, Khajeh Rashid was buried in this place and a tomb was built over his grave.

This scientific and educational complex was equipped with a big paper factory, a massive library, an educational treatment center (Dar-ol-Shafa), Dar-ol Quran (Quranic Center), residential facilities for teachers, student’s quarter, a big caravansary and other facilities during the Ilkhanid era. Students from Iran, China, Egypt, and Syria studied subjects here under the supervision of intellectuals, scientists, physicians and Islamic scholars. More than 30,000 houses, stores and other urban constructions existed in the residential quarter.

Also known as the Rashid Foundation or Estate, the main function of the Rab’-e Rashidi was that of a university city, and its main purpose was the study and copying of Rashid al-Din’s own writings. The main components of the foundation were a library, a hospice, a hospital, a khanqah, and a tomb with winter and summer mosques. The tomb was originally that of Rashid al-Din, built by his son Muhammed Ghiyath. However, due to what is believed to have been a conspiracy of lies, Rashid al-Din was executed under the false pretext that he had poisoned Oljeitu Khan. This turn of events was further compounded by rumors that emerged during the reign of Miran Shah (1404-1407) that Rashid al-Din had been Jewish; consequently, his remains were exhumed from his tomb at the Rab’-e Rashidi and moved to a Jewish cemetery.

In addition to the components of the foundation, the estate also served as a residential quarter. It contained caravanserais, shops, baths, storehouses, mills, factories, and thirty thousand houses. The entire complex was surrounded by a wall that Ghazan Khan had begun building to enclose the entire city of Tabriz, and later by a second one that enclosed its suburbs.

Since his reputation had been tainted and his foundation plundered, the Rab’-e Rashidi began to decline after the death of Rashid al-Din in 1318. Although Rashid al-Din’s son Muhammed Ghiyath attempted to expand the foundation after his father’s death, he too was put to death in 1336, and the foundation was again looted. A ruler by the name of Malik Ashraf later took over the site in 1351 and expanded it further by building fortifications, mosques, hospitals and schools.

Today, the historical elements of the Rab’-e Rashidi can no longer be identified. All that remains are some masonry bases of the fortifications that were built either during the 14th century or by Shah Abbas in the 17th century. The most prominent of the masonry bases still extant has a rectangular projection, believed to have been the foundation for an astrological observatory that is mentioned in Rashid al-Din’s writings. Also found on the site were mosaic fragments that may date from Rashid al-Din’s time up until the Safavid period. 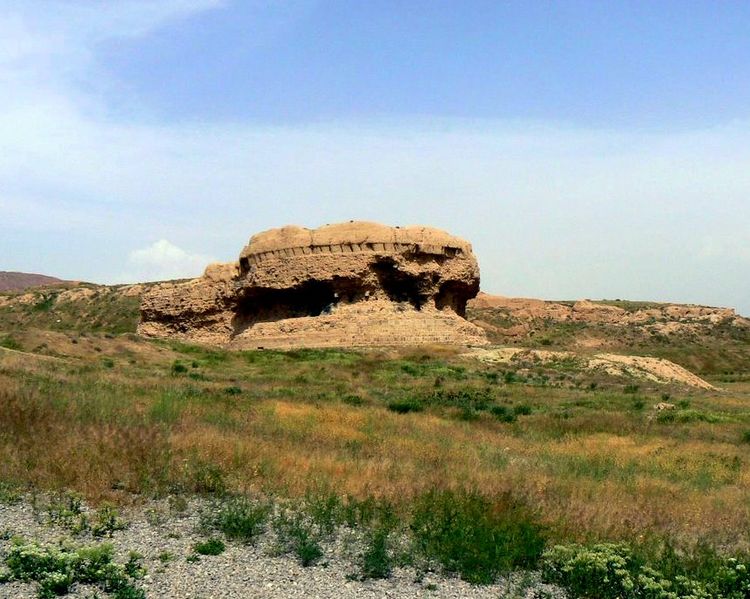 Another view of Rabe Rashidi