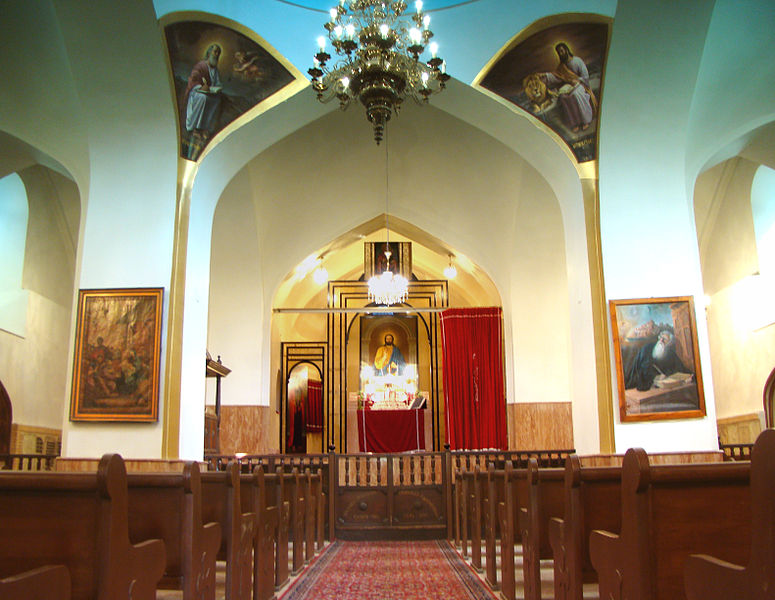 This church was built in the 6th century AH (12th century AD) and in his travel chronicles, Marco Polo, the famous Venetian traveler who lived during the 8th century AH (14th century AD), referred to this church on his way to China. For many years, Saint Mary’s served as the seat of the Azarbaijan Armenian archbishop. It is a handsomely built edifice, with annex buildings sprawled over a large area. A board of Armenian peers governs the well-attended church.