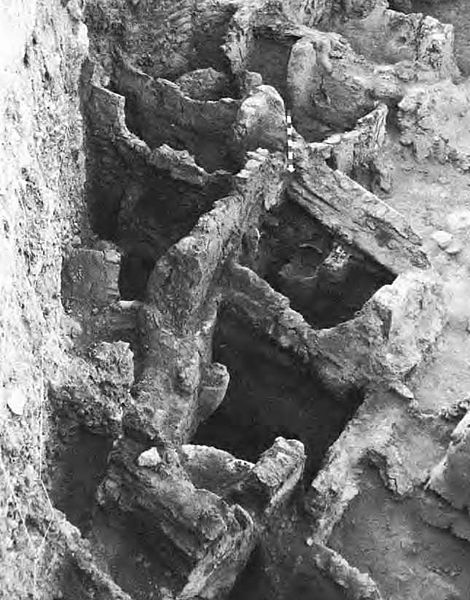 Ganj Dareh, “Treasure Valley” in Persian, or “Treasure Valley Hill” if tepe/tappeh (hill) is appended to the name) is a Neolithic settlement in the Iranian Kurdistan portion of Iran. It is located in the east of Kermanshah, in the central Zagros Mountains.

First discovered in 1965, it was excavated by Canadian archaeologist, Philip Smith during the 1960s and 1970s, for four field seasons.

The oldest settlement remains on the site date back to ca. 10,000 years ago, and have yielded the earliest evidence for goat domestication in the world.

The remains have been classified into five occupation levels, from A, at the top, to E.

The early village site of Ganj Darreh near Kermanshah