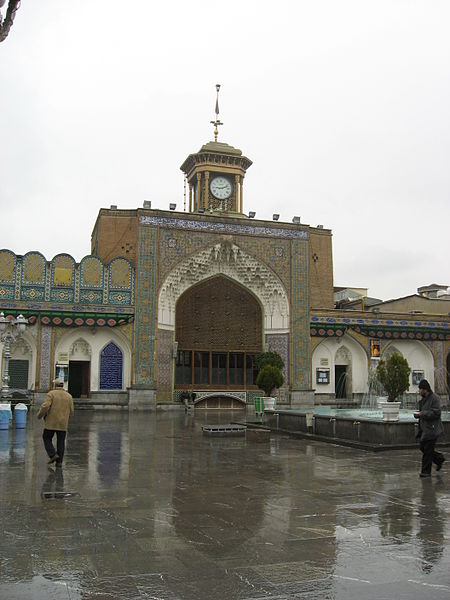 The Shāh Abdol Azīm Shrine, located in Rey, Iran, contains the tomb of: ‘Abdul ‘Adhīm ibn ‘Abdillāh al-Hasanī (aka. Shah Abdol Azim). Shah Abdol Azim was a fifth generation descendant of Hasan ibn ‘Alī and a companion of Muhammad al-Taqī. He was entombed here after his death in the 9th century.

Adjacent to the shrine, within the complex, include the mausoleum of Imamzadeh Tahir (son of the fourth shia Imam Sajjad), and Imamzadeh Hamzeh (brother of the eighth Twelver Imām – Imām Reza). 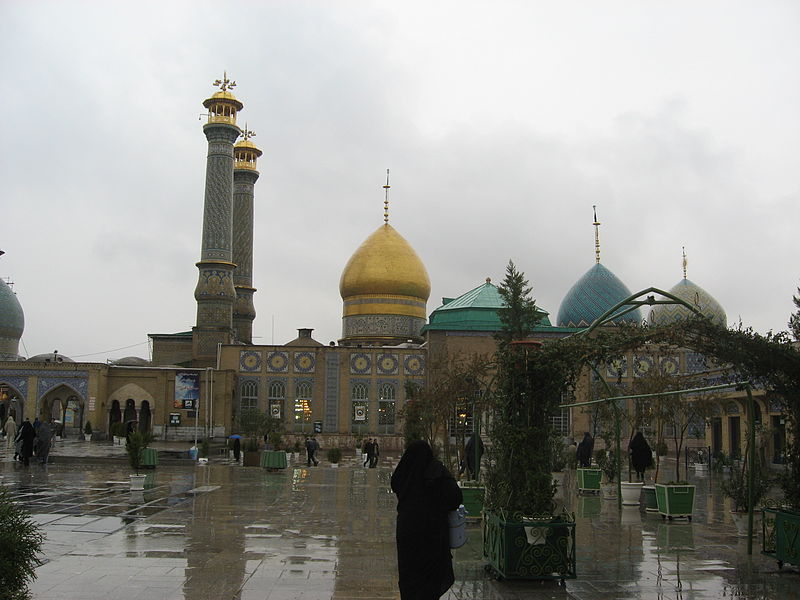 Abdol Azim migrated to Rayy out of persecution and subsequently died there. A piece of paper was found in his pocket outlining his ancestry as being: ‘Abdul ‘Adhīm son of ‘Abdillāh son of ‘Alī son of Husayn son of Zayd son of Hasan ibn ‘Alī. Shah Abdol Azim was sent to Rayy ( Modern day Tehran) by Imam Reza. His journey was full of hardships but he successfully reached there and delivered the message of Imam. He was one of the pious persons of his time. During his journey many spies of Abbasid Caliph Al-Matawakkil tried to capture him but failed. A movie on the life of Shah Abdol Azim Al-Hasani has been made and is available in Persian and Urdu languages.

The whole construction consists of a portal with a lofty Iwan decorated with mirrors, several courtyards, a golden cupola, two tile minarets, a portico, a sepulcher, and a mosque.

The most historical and portable relic of this holy place, is its costly box which is made of betel-nut wood. On four sides of this precious box, a relief inscription in Nastaliq and Thuluth characters, is carved. The inscription ends with the date 1330 CE, and the name of the maker of the box, i.e., Yahya ibn Muhammad al-Isfahani.

An inlaid door near the mausoleum of Nasser al-Din Shah, (This place used to be called Masjid-i-Holaku, prior to its being turned into a tomb) which bears the date 1450 CE, i.e., the period of Shah-rokh Bahadur Timurid`s reign, constitutes another historical relic of this structure.

Two antique iron doors which are engraved with Kufic inscriptions are to be found in the treasure-house of the (Astaneh), which seem to be the oldest remains of this structure and to belong to the Seljukid period. But, at present, these two doors and the concluding part of their inscriptions bear the date 1538. Further, there is an inlaid door which had formerly been installed in the northern part of the ivan of Imamzadeh Hamzeh.

This door has an inscription in Tulth calligraphy, dated 1512. The cupola of this structure has been built upon the order of Majd al-Mulk radestani Qomi, and later on has been plated with gold. The ivan, portico and portal of the building date from the reign of Shah Tahmasp I (Safavid king). The gold-threaded silk belonging to the Safavid period. The silver-plated sepulcher has been made and installed by the order of Fath Ali Shah Qajar. The mirror-work, paintings and gildings of the structure belong to the 19th century. Reparations are still being carried out in this complex of holy structures. Adjoining this holy tomb, there are some other tombs belonging to the Qajar monarchs, and the Ulamahs (religious scholars) and other personalities. 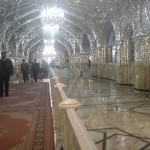 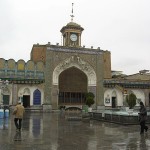