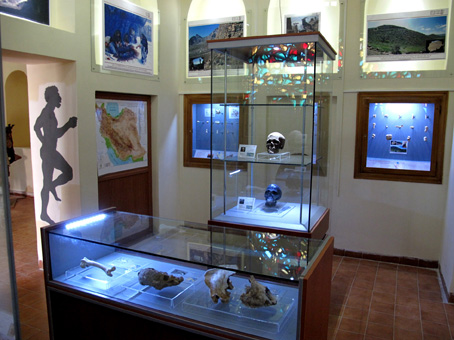 Zagros Paleolithic Museum  is a museum in Kermanshah, Iran, established in 2008.

The museum contains a large collection of stone tools and animal fossil bones from various Paleolithic sites in Iran. In Iran, it is the only of its kind.

The museum was established by Fereidoun Biglari and A. Moradi Bisetouni at Tekieh Biglar Baigi, Kermanshah in 2007. Marjan Mashkour, a zooarchaeologist, was in charge of animal fossil identification for the museum.

Zagros Paleolithic Museum occupies four rooms which include objects from various Paleolithic and Neolithic sites in Iran, dating from ca. 1,000,000 years to some 8,000 years ago. The first room is an audio room where visitors can watch a documentary about prehistoric stone tools and how Paleolithic artisans made these tools. There is also is a full life-size model of a Neanderthal.

The second room is dedicated to human and animal bones from sites on the Zagros Mountains and some human skull replicas from famous Paleolithic sites in Europe and the Near East. Among the faunal remains, the fossil collection from the Wezmeh cave is of prime importance. The third room contains Lower Paleolithic stone tools from various sites such as Kashafrud, Ganj Par and Shiwatoo. The fourth room houses late Paleolithic and Neolithic stone tools, animal bones, shells and other archaeological objects which are also from sites on the Zagros mountains. 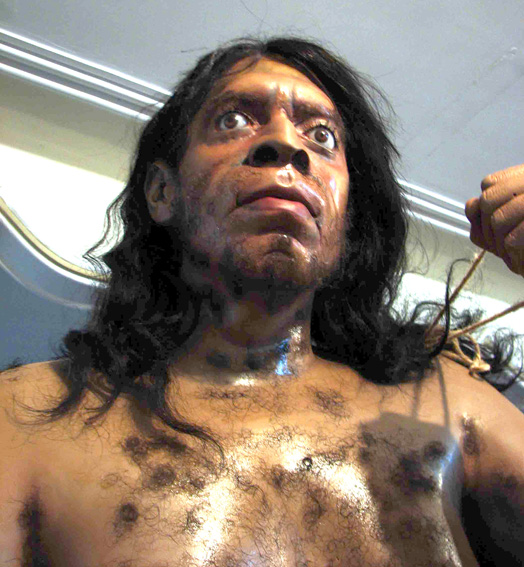 A Model of Neanderthal man in the audio room