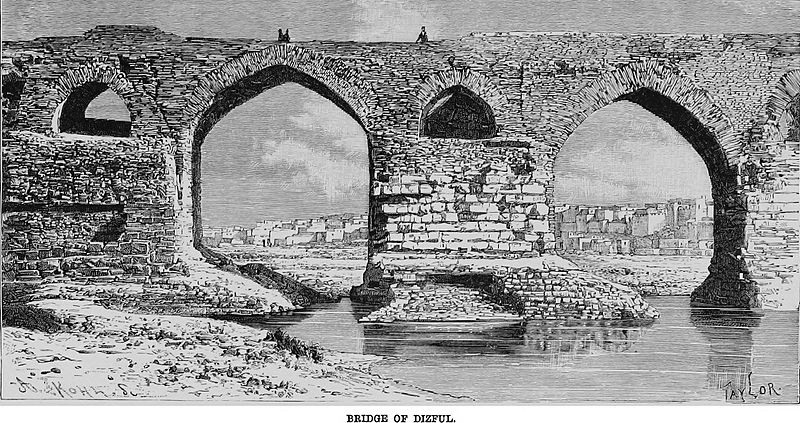 The old bridge of Dezful.

The foundation for the bridge is said to be 1700 years old and goes back to the Sassanid dynasty. The bridge was founded by the order of the Sassanid king, Shapoor I, using seventy Roman prisoners of war. The bridge has been repaired and rebuilt over the years by King Azdodole Deilami, Saffavid and Pahlavi dynasties.

Cars are no longer permitted to use the bridge, because of its historic value.