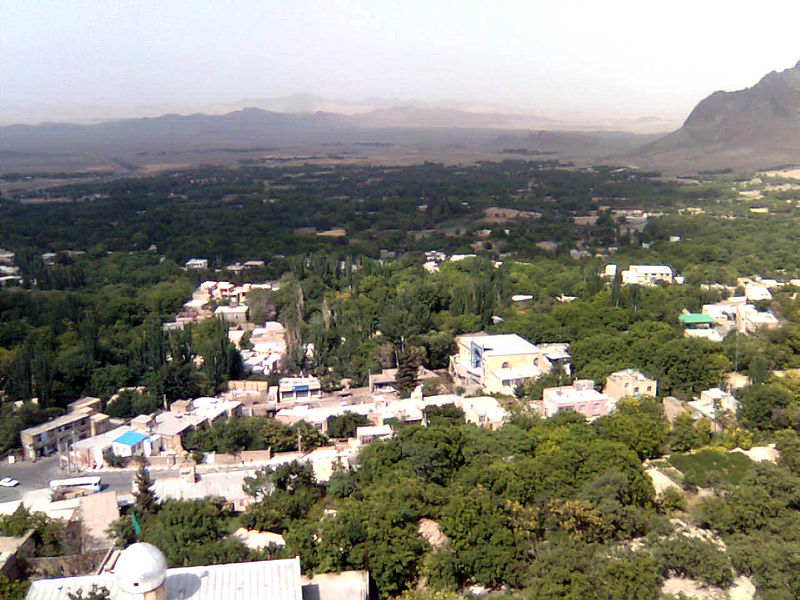 Neyasar ( also Romanized as Neyāsar, Nīāsar, and Nīyā Sar; also known as Nezār)is a city in and the capital of Neyasar District, in Kashan County, Isfahan Province, Iran. At the 2006 census, its population was 2,003, in 586 families.

It is famous for its historical buildings from the Sassanid period. Niassar is located in north west of Kashan in Isfahan Province. It is a Garden City because it was a small village and now it become a city with many gardens. Niasar is famous for Flower-Water Festival. This Festival begin in second week of Ordibehesht (first of May). In this festival people install Pot and mixed flowers and water and then turn fire under pot after1 3 hours steam of water moved to another container and then moved to the rose bottle. many people from all around of world and from Iran gathered in Niassar to viewing this festival.