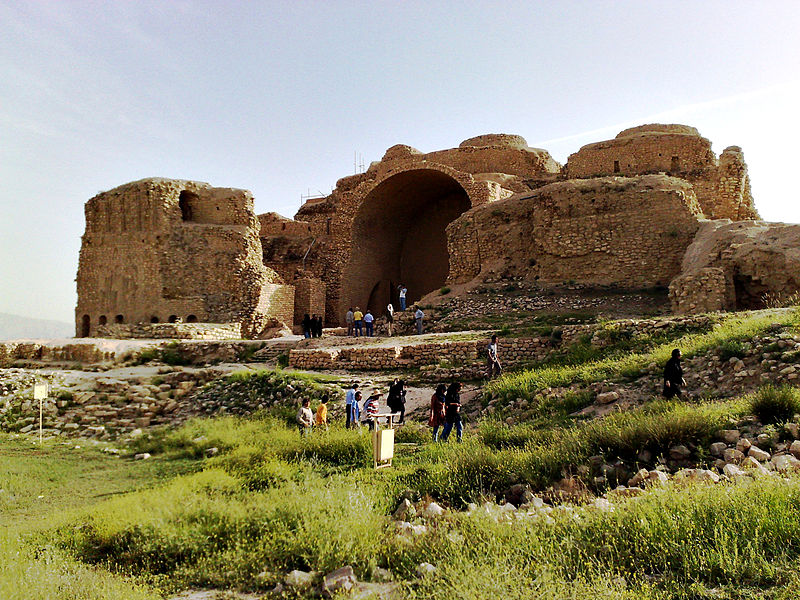 The Palace of Ardashir Pāpakan (in Persian:‎‎ Dezh-e Ardashir Pāpakān), also known as the Atash-kadeh , is a castle located on the slopes of the mountain on which Dezh Dokhtar is situated. Built in AD 224 by King Ardashir I of the Sassanian Empire, it is located two kilometers (1.2 miles) north of the ancient city of Gor, i.e. the old city of Piruz-Apad in Pars, in ancient Persia (Iran).

The structure contains three domes, among other features, making it slightly larger and more magnificent than its predecessor, the nearby castle of Dezh Dokhtar. However, it seems that the compound was designed to display the royalty image of Ardashir I, rather than being a fortified structure for defense purposes. That is why perhaps it would be best to refer to the structure as a “palace” rather than a “castle”, even though it has huge walls on the perimeters (twice as thick as Ghal’eh Dokhtar), and is a contained structure. From the architectural design, it seems the palace was more of a place of social gathering where guests would be introduced to the imperial throne.

What is particularly interesting about this palace is that its architectural design does not exactly fall into that of the Parthians or even Sassanian category; the design is a unique design particular to architects of Fars.

The palace was built next to a picturesque pond that was fed by a natural spring, perhaps in connection with the Persian goddess of water and growth, Anahita. The spring is thought to have fed a royal garden, in the same way that Cyrus had his garden (bustan) built at Pasargadae. The pond was tiled on its sides, surrounded by pavement for guests of the royal court to enjoy the evenings by.

The structure is 104 m (340 ft) by 55 m (180 ft). The iwan is 18 m (60 ft) high, although it has partially collapsed. The structure was built of local rocks and mortar with plasterwork on the insides. The style of the interior design is comparable to that of Tachar palace at Persepolis. 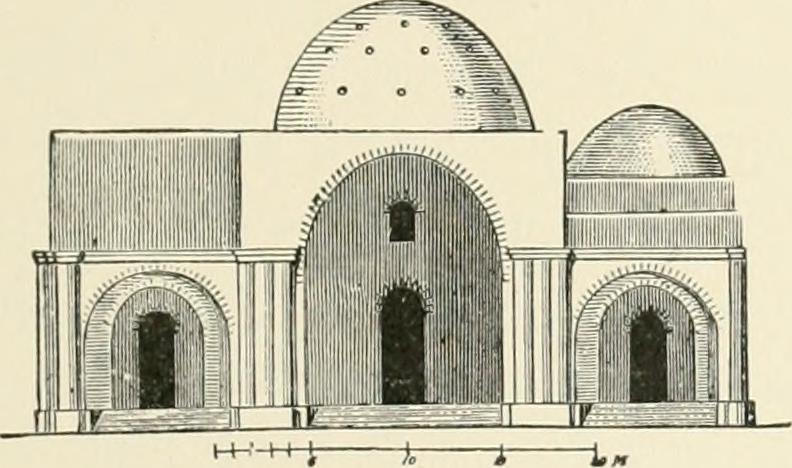 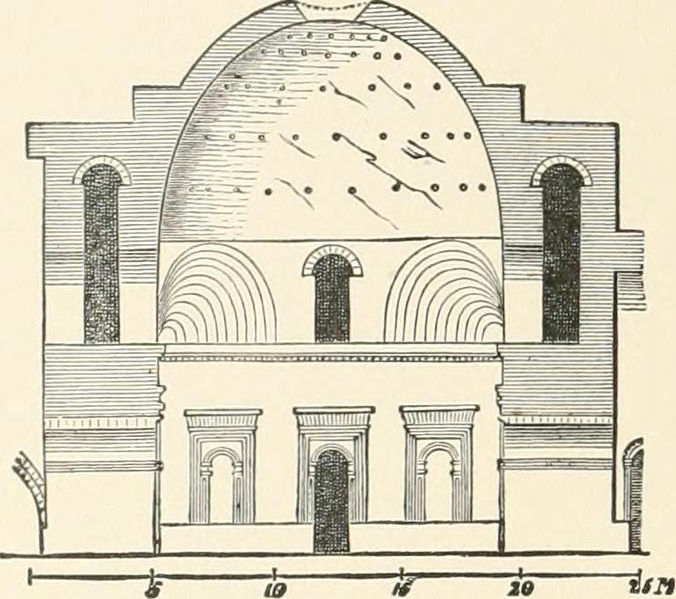 Robert Byron was there in February 1934, and wrote about his visit in The Road to Oxiana. Byron considered the Palace to include the prototype of the squinch. In his view, buildings such as St. Peter’s Basilica and the Taj Mahal would not have existed without the squinch and the pendentive.

Iran has tentatively listed the Palace of Ardashir and other sites in and around Firouzabad as a possible UNESCO World Heritage Site since 1997. 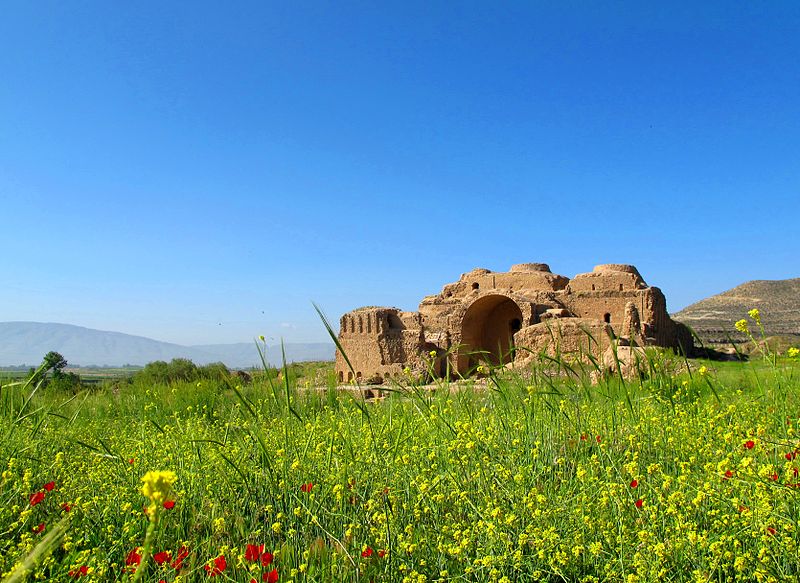 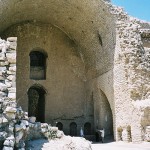 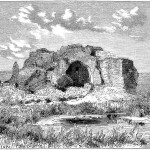 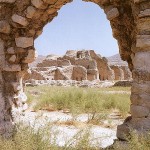 View from the south. 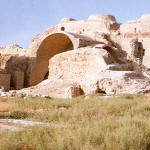 View from the north.

Palace of Ardashir by Eugène Flandin 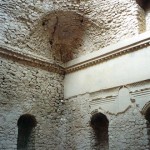 A squinch inside the Palace