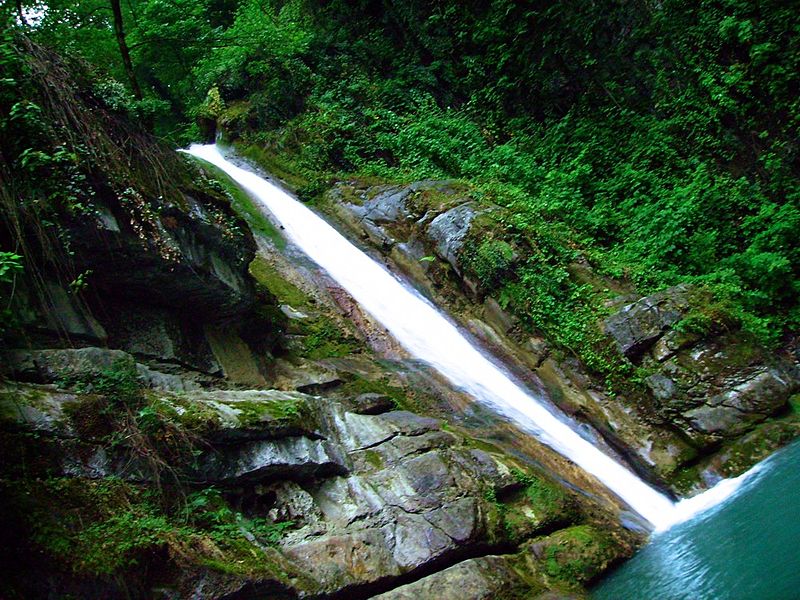 The Shir Abad Waterfall is a waterfall in the Alborz mountain range, at the village of Shir Abad in the Fenderesk District of Golestan Province, northern Iran.

It is in a forested area, 7 kilometers south of Khanbebin.

Shirabad Waterfall is in the form of a stairway cascade and includes 12 large and small waterfalls. Its largest waterfall is 30 metres (98 ft) high and its plunge pool is 40 to 80 metres (130 to 260 ft) deep.

There are several caves nearby, which are home to the critically endangered Gorgan salamander.