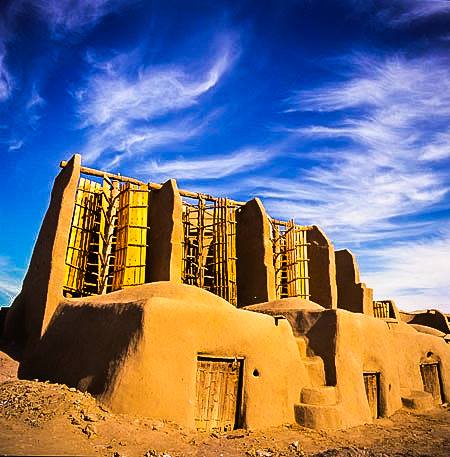 Nashtifan Windmills  belong to the Safavid era and are located  in Khaf , Khorasan Razavi province, Iran.

Nashtifan is a town located in the southern parts of Khorasan Razavi province 20 kilometers away from Khaf and 30 kilometers away from the border with Afghanistan. One of the main characteristics of the area is the strong winds that blow across it, causing it to initially be called Nish Toofan (storm’s sting). As a result of the natural elements in the area, windmills have been part of the region’s industrial creativity and have been used throughout many centuries. With the speed of the wind at times reaching 120 kilometers per hour, such windmills have been constructed perpendicular to the direction of the wind flow to maximize its output. The 120 day winds no doubt play the most crucial role in supplying the necessary force for running the windmills although the also affect the everyday life of the locals in many other aspects as well.

There are approximately 30 of such windmills scattered thought the area and can reach heights of 15-20 meters. The windmills are believed to have been erected during the Safavid dynasty and are generally constructed out of clay, straw and wood. The wooden blades of these windmills turn the grinding stones in a room made of clay. Each of the windmills consist of 8 rotating chambers with each chamber housing 6 vertical blades (essentially a wall with slits). Once the chambers begin rotating by the force of the wind, it results in the turning of the windmill’s main axle which was in turn is connected to grain grinders. The vibrations created by such rotation gradually shifts the grains from their holding container to the grain grinders. The end result is that the grain is ground into flour.

These windmills are among the oldest windmills of the world and the idea to construct windmills in other countries, particularly the Netherlands, has been transferred to these countries from Iran. These windmills were invented in eastern Persia around 500-900 A.D. The first known documented design is one with vertical sails made of bundles of reeds or wood which were attached to the central vertical shaft by horizontal struts. The one downside to such windmills is that because the wind panels rotate horizontally, only one side will be absorbing the wind energy while the other half of the device will essentially be going against the wind current and thus wasting energy in order to do so. As a result the blades can never move faster than, or even at, the speed of the wind.

In 2002 the windmills of Nashtifan were registered as a national heritage site by Iran’s Cultural Heritage Department. 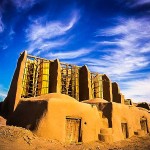 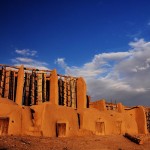 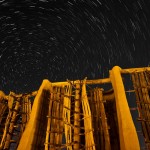 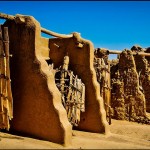 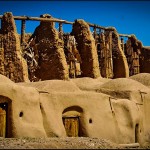 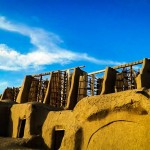 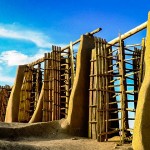 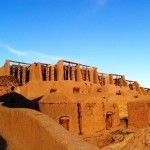 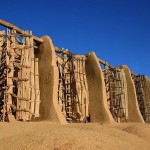 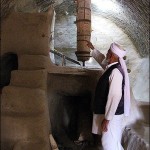 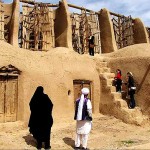 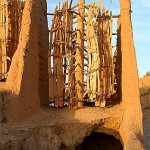 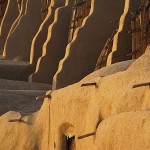 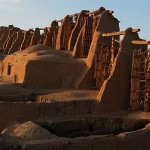 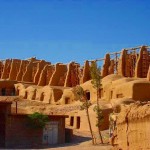 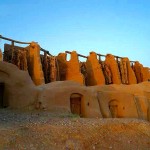 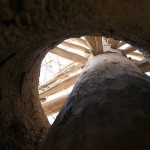 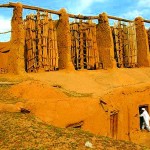 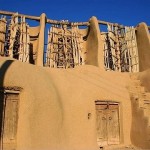 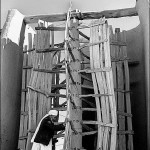 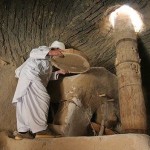 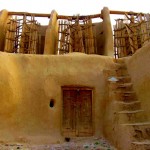 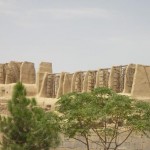