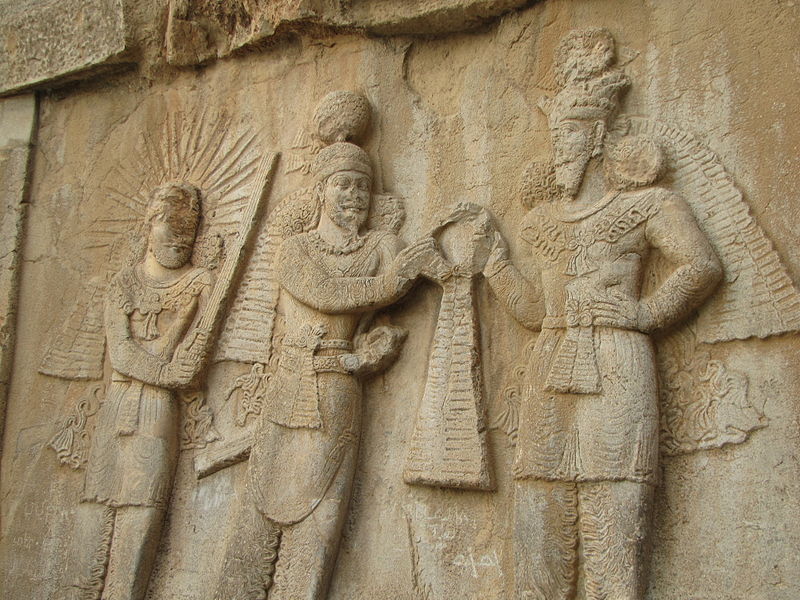 The Relief of Ardashir II is a rock relief at Taq Bostan site , in Kermanshah , Iran.

The first Taq-e Bostan relief (Taq-i Bustan I), and apparently the oldest, is a rock relief of the crowning ceremony of Ardashir II (379-383 AD) by his predecessor Shapur II or Ahura Mazda. Researchers long debated the identities of the figures in this relief but is now ascertained that Ardashir II receives the beribboned ring – symbol of royal investiture – from his predecessor Shapur II or Ahura Mazda. There may be a deliberate mixture of the iconography of both identities. The two main figures are standing on the fallen Roman emperor Julianus Apostata (361-363 AD). Ardashir played an important role in his defeat during the reign of Shapur II (309-379 AD). Exceptional within Sasanian art is the fact that this is a portrait, based on the image of Julianus Apostata as it appears on Roman coins. Ardashir II was installed as interim ruler, awaiting the coming of age of the royal heir Shapur III (383-388 AD). The fourth figure is the god Mithra who holds a barsum in his hands and stands on a lotus flower. He is the protector of oaths and is witness to this pact. Local beliefs and Persian folk tale interpreted the scene as the victory of the first Sasanian kings on Artabanus IV, the last king of the Parthian dynasty. The Mithra figure became the visual inspiration for representations of the prophet Zoroaster. 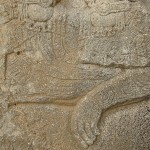 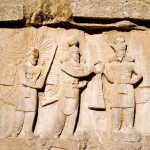 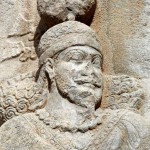 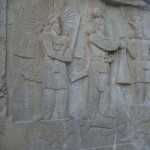