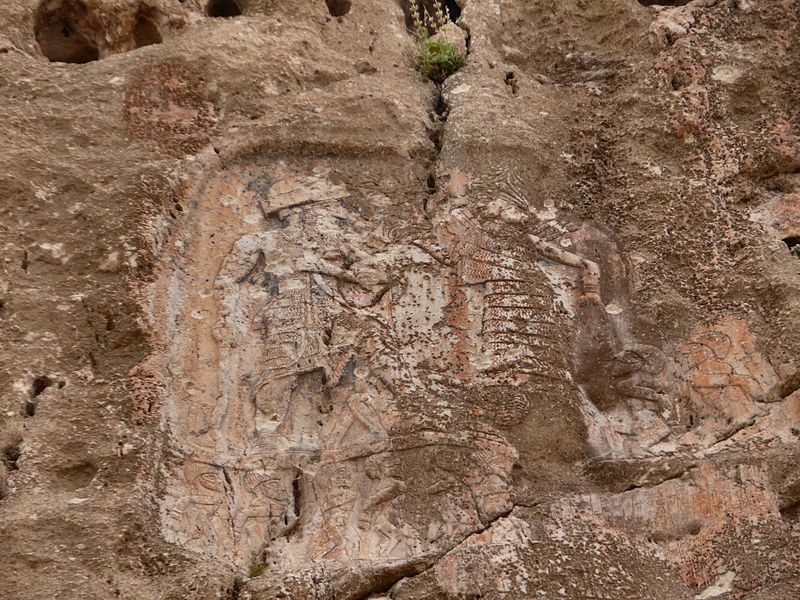 The Anubanini bas relief is a rock relief from the third millennium BC and is located in Kermanshah Province, Iran. The rock relief is believed to belong to the Lullubi culture and is located 120 kilometers away from the north of Kermanshah, close to Sarpol-e Zahab. In this rock relief, Anubanini, the king of the Lullubi, puts his foot on the chest of a captive. There are 8 other captives, two of them kneeled behind the lulubian equivalent of the akkadian goddess Ishtar (recognisable to the four pairs of horns on her headdress and the weapons over her shoulders) and six of them standing in a lower row at the bottom of the rock relief. Pascal Coste has painted the rock relief in 1840. This rock relief is very similar to the Behistun Inscription to such extent that it was said that the Behistun Inscription was influenced by it. There’s also an inscription in the Akkadian language. The date of the rock relief is known to be about 4800 years ago. It was damaged during the Iran-Iraq war. 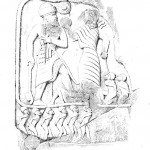