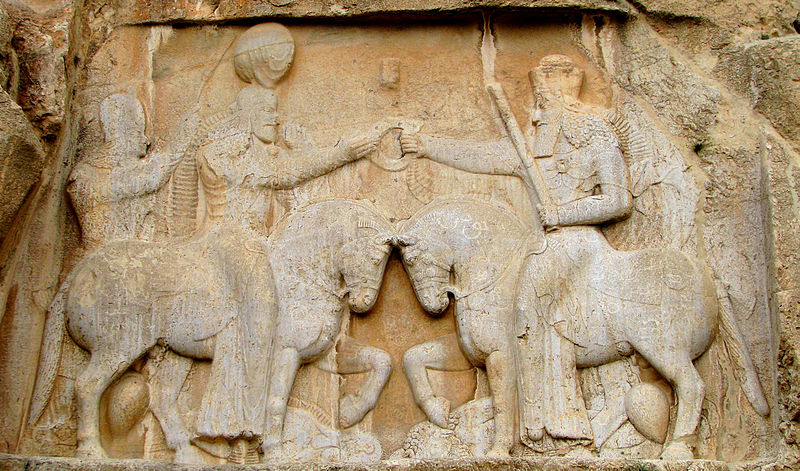 The investiture relief of Ardashir I (c. 226-242) is a rock relief located at Naqsh-e Rustam.

The founder of the Sassanid Empire is seen being handed the ring of kingship by Ahura Mazda. In the inscription, which also bears the oldest attested use of the term ‘Iran’ (see “etymology of ‘Iran’” for details), Ardashir admits to betraying his pledge to Artabanus IV (the Persians having been a vassal state of the Arsacid Parthians), but legitimizes his action on the grounds that Ahura Mazda had wanted him to do so.

The investiture relief of Ardashir I