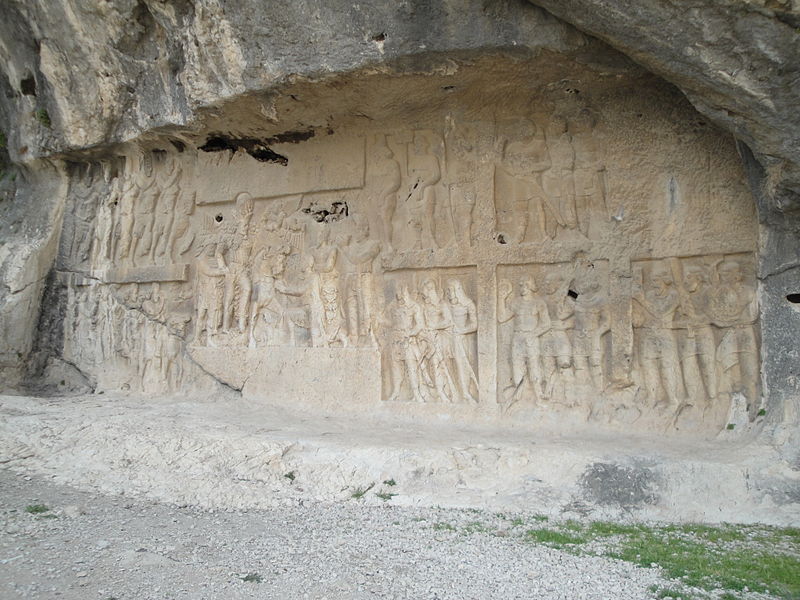 This relief depicts the victory of Shapur I over Roman emperor Valerian . It’s carved in two rows. The relief depicts Sasanian king Shapur I on horseback in the center . Grdyanvs corpse is under hooves of Shapur’s horse and  Valerian’s hands are in Shapur’s hand while Valerian is captured by Shapur. Philip is kneeling in front of Shapur’s horse and demands peace. Iranian troops are on the right and Romans are on the left.