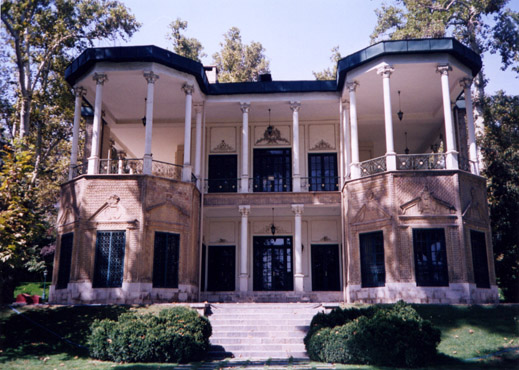 Niavaran Palace Complex  is a historical complex situated in the northern part of Tehran, Iran. It consists of several buildings and a museum. The Sahebqraniyeh Palace, from the time of Naser al-Din Shah of the Qajar dynasty, is also inside this complex. The main Niavaran Palace, completed in 1968, was the primary residence of the last Shah, Mohammad Reza Pahlavi and the Imperial family until the Iranian Revolution. The main palace was designed by the Iranian architect Mohsen Foroughi. 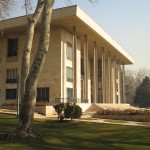 View of the main building of the complex 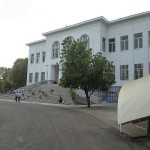 inside the Niavaran Palace complex 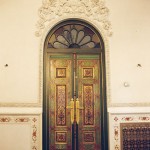 A door inside the Niavaran Palace complex 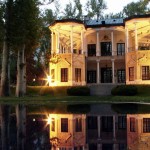 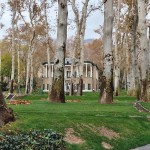 The Niavarān Palace Complex traces its origin to a garden in Niavaran, Tehran, that was used by Nasir edin Shah (16 July 1831 – 1 May 1896) as a summer residence. The palace erected by Nasir al-Din Shah in this garden was originally referred to as The Niavarān Palace and was later renamed The Sahebqraniyeh Palace. During the reign of Mohammad Reza Pahlavi all the peripheral buildings of The Sahebqraniyeh Palace, with the exception of Ahmad Shahi Pavilion (or Kushk-e Ahmad-Shahi), were demolished and the buildings and the structures of the present-day Niavarān Palace Complex were built to the north of The Sahebqraniyeh Palace. In this period, The Ahmad Shahi Pavilion served as an exhibition area of the presents of the world leaders to Iran.