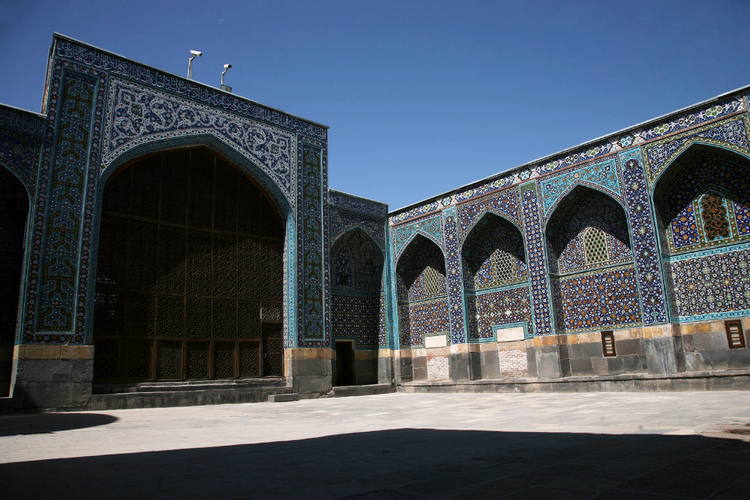 Built between the beginning of the 16th century and the end of the 18th century, this place of spiritual retreat in the Sufi tradition uses Iranian traditional architectural forms to maximize use of available space to accommodate a variety of functions (including a library, a mosque, a school, mausolea, a cistern, a hospital, kitchens, a bakery, and some offices). It incorporates a route to reach the shrine of the Sheikh divided into seven segments, which mirror the seven stages of Sufi mysticism, separated by eight gates, which represent the eight attitudes of Sufism. The ensemble includes well-preserved and richly ornamented facades and interiors, with a remarkable collection of antique artefacts. It constitutes a rare ensemble of elements of medieval Islamic architecture. 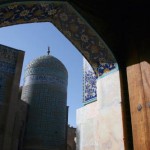 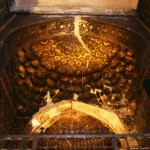 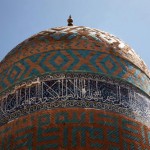 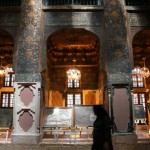 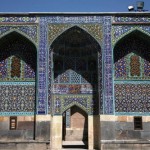 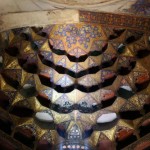 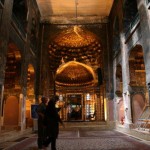 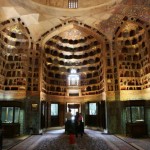 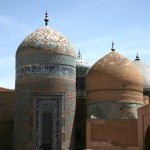 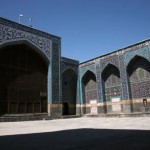 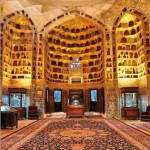 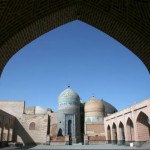 Sheikh Safi al-Din Khānegāh and Shrine Ensemble was built as a small microcosmic city with bazaars, public baths, squares, religious buildings, houses, and offices. It was the largest and most complete khānegāh and the most prominent Sufi shrine since it also hosts the tomb of the founder of the Safavid Dynasty. For these reasons, it has evolved into a display of sacred works of art and architecture from the 14th to the 18th century and a centre of Sufi religious pilgrimage.

The Sheikh Safi al-Din Khānegāh and Shrine Ensemble in Ardabil is of Outstanding Universal Value as an artistic and architectural masterpiece and an outstanding representation of the fundamental principles of Sufism. Ilkhanid and Timurid architectural languages, influenced by Sufi philosophy, have created new spatial forms and decorative patterns. The layout of the ensemble became a prototype for innovative architectural expressions and a reference for other khānegāhs. As the shrine of a prominent Sufi master, who also was the founder of the Safavid Dynasty, the property has remained sacred in Iran up to the present day.

Criterion (i): The conception of the entire ensemble layout, the proportions of the internal and external spaces and of the buildings, their design and refined decoration, together with the climax created by the sequenced path to Sheikh Safi al-Din’s shrine, all combined, have concurred to create a unique complex in which aesthetics and spirituality are in a harmonious dialogue.

Criterion (ii): The architectural spaces and features of the nominated property have integrated influences of the Ilkhānid and Timurid periods with the religious message of Sufism and the taste for exquisite ornamentation and interior spaciousness, thus giving rise to fresh architectural and artistic forms.

Criterion (iv): The Sheikh Safi al-Din ensemble is a prototype and an outstanding example of a 16th century religious complex, combined with social, charitable, cultural, and educational functions, which contains all the significant elements that since came to characterize Safavid architecture and became a prototype for other khānegāh and shrines.

The property contains all the elements that convey its Outstanding Universal Value. Most of the elements of the property are in good condition and, despite several transformations, the site continues to present an image of harmonious composition, in which the material realization of the spiritual path through the architectural design is still clearly legible. The State Party has taken steps to restore the original access to the ensemble, which will strengthen the connection between the architecture and the Sufi spiritual messages.

The design form of the entire complex and of individual buildings has been retained and their religious functions have been maintained in most cases. Where they have changed, the new uses are appropriate to the architectural structure in general, and the material and technical authenticity has been retained, as well as the spiritual character of the place. It is, however, important to reduce the tendency to go too far in conservation work.

The nominated property has been protected under the Iranian legislation since 1932. According to the law currently in force, special protection provisions are in place for the property, the buffer zone and for a wider area called the ‘landscape zone.’ These provisions, already in place, are also being incorporated into the revised Master Plan for Ardabil, final approval of which is scheduled for September 2010.

Any project concerning protected monuments in Iran must be in accordance with the provisions of the law and must be approved by ICHHTO, the authority in charge of the protection of Iranian monuments. The management framework established for the nominated property integrates the regulations for Sheikh Safi al-Din Khānegāh and Shrine Ensemble and the provisions of the Ardabil Master Plan.

Management of protected monuments is the responsibility of the High Technical Council of ICHHTO, which approves budgets and all major conservation works. Minor works and day-to-day maintenance is ensured by a steering committee which can avail itself of a multidisciplinary team (the ICHHTO Sheikh Safi al-Din Ensemble Base), which is headed by a urban planner and includes on its staff engineers, architects, conservation architects, and archaeologists.

Sufism (tasawwuf, from sūf ‘wool’ in Arabic or safā ‘purity’) is generally considered to be the inner mystical dimension of Islam rather than a distinct sect. It began to develop into a spiritual movement in the 9th and 10th centuries. Sufism is claimed to have been a definitive factor in the spread of Islam and in the creation of an integrated Islamic culture in Africa and Asia. Sufism flourished between the 13th and 16th centuries throughout the Islamic world as a vigorous religious and intellectual culture with specific directions given by the different tariqats or orders founded by Sufi teachers. Sufism has left a number of physical artistic manifestations, particularly in central Asia.

When Iran underwent the Islamic conquest, Ardabil was the largest city in north-western Iran, and it remained so until the Mongol invasions, which left the town shattered for three centuries until the advent of the Safavid Dynasty, of which Sheikh Safi al-Din (1252-1334) is the eponym.

Sheikh Safi al-Din followed Sheikh Zāhed e-Gilāni’s teachings and after his master’s death took his place and developed his own tariqat, which acquired its name and from which Safavi Sufism originated. He founded a khānegāh in Ardabil, which was later to become his shrine.

The ensemble functioned initially as a small, selfcontained city with bazaars, public baths and meydāns, religious facilities, houses, and offices.

The Safavids spared no expense in enriching and decorating the structure of the shrine of their ancestor with many works of art. The shrine became a focus for pilgrims from around the world and a religious ensemble containing outstanding works of art, ornamentation, and archaeology from the 14th to the 18th centuries.

Four main building phases have been identified by researchers in which the most important structures were built or substantially modified:

 1300-1349: In this period the layout of the shrine was laid down: Sheikh Safi al-Din Ardabili Khānegāh, Haram-khānā, Allāh Allāh Dome, Sāhat, Dār al-Huffāz Hall, Shāhnishin, the Middle Courtyard, and the New Chilla Khānā were built.

 1349-1544: In this period Shah Ismail and Shah Ismail’s mother’s sepulchres, Dār al-Hadith, Jannatsarā, Shahidgāh, and the sepulchre yard south of Sheikh Safi al-Din tomb were built. Most of the building activity has been dated to the 16th century.

 1544-1752: The Chini-khānā in its present form, the Shāh Abbāsi Gate, and the Garden Courtyard were created.

The nominated property has maintained its role as a place of worship and pilgrimage.