Khaju bridge ( ‎ Pol-e Khāju) is a bridge in the province of Isfahan, Iran, which has been described as the finest in the province. It was built by the Persian Safavid king, Shah Abbas II around 1650, on the foundations of an older bridge. Serving as both a bridge, and a dam (or a weir), it links the Khaju quarter on the north bank with the Zoroastrian quarter across the Zayandeh River. Although architecturally functioning as a bridge and a weir, it also served a primary function as a building and a place for public meetings. This structure was originally decorated with artistic tilework and paintings, and served as a teahouse. In the center of the structure, a pavilion exists inside which Shah Abbas would have once sat, admiring the view. Today, remnants of a stone seat is all that is left of the king’s chair. This bridge is one of the finest examples of Persian architecture at the height of Safavid cultural influence in Iran. In words of Upham Pope and Jean Chardin, Khaju bridge is “the culminating monument of Persian bridge architecture and one of the most interesting bridges extant…where the whole has rhythm and dignity and combines in the happiest consistency, utility, beauty, and recreation. 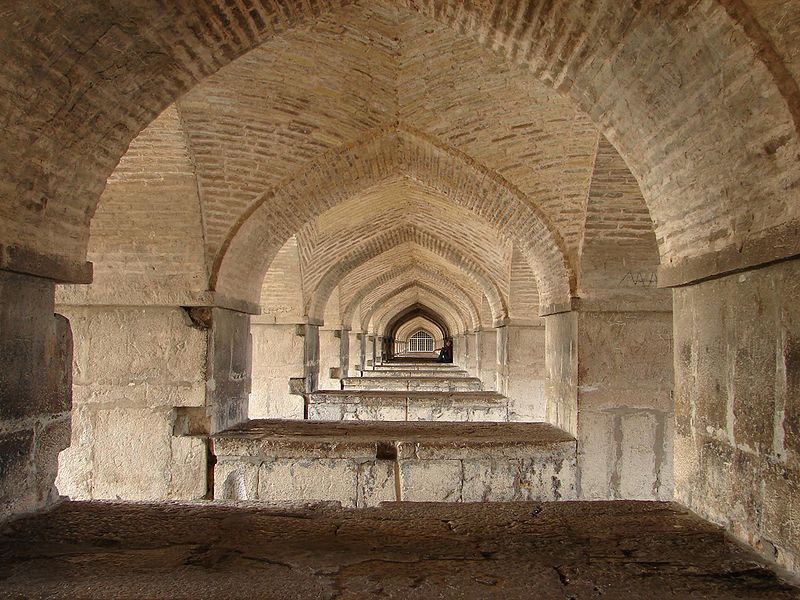 Arches under the Khaju Bridge

Khaju Bridge has 24 arches and is 133 metres long and 12 metres wide. The pass way of the bridge is 7.5 meters wide, made of bricks and stones with 21 larger and 26 smaller inlet and outlet channels. The pieces of stone used in this bridge are over 2 meters long and the distance between every channel and the ceiling base is 21 meters. The existing inscriptions suggest that the bridge was repaired in 1873.

Khaju is one of the bridges that regulate the water flow in the river because there are sluice gates under the archways over the river. When the sluice gates are closed, the water level behind the bridge is raised to facilitate the irrigation of the many gardens along the river upstream of this bridge.

Iranian urban architects, however, note their dismay with the recent, and modern renovations that have taken place at the Khaju.

Mausoleum of Arthur Pope and his wife Phyllis Ackerman is situated nearby. 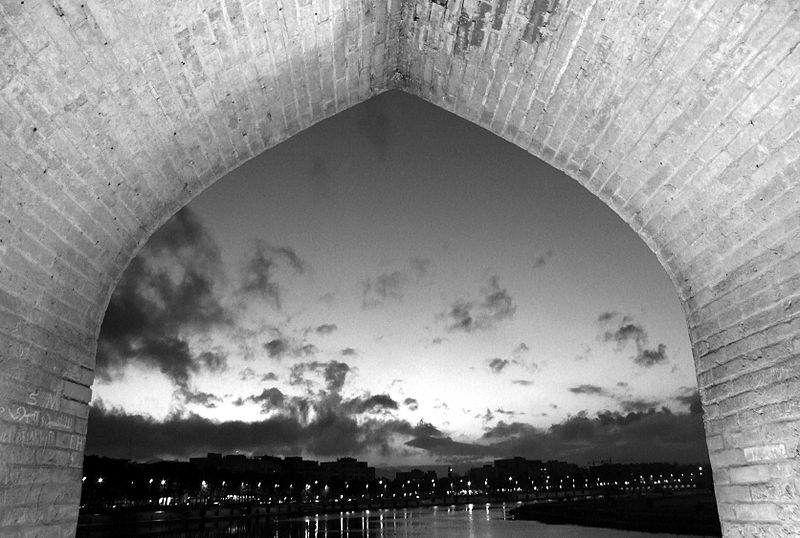 A view onto the river. The bridge is constructed to highlight the natural beauty of the river. 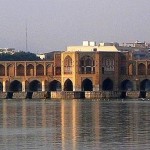 Panoramic view of the bridge during the day 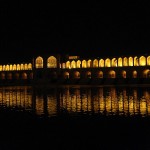 Panoramic view of the bridge at night 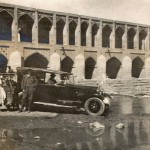 The bridge in early 20th century 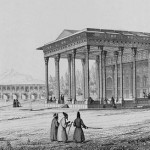 Pavillon of Aynehkhaneh and Khaju Bridge 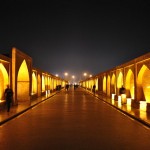 View on the bridge at night 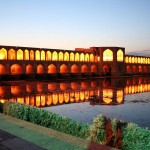 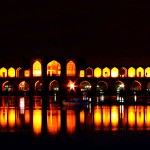 A view of the bridge at night highlighting the arches 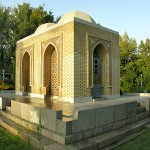 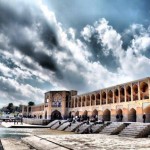 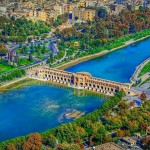 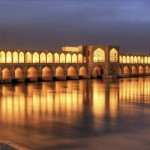 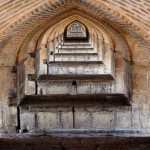 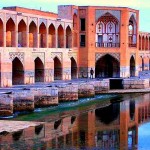 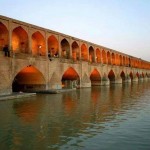 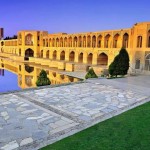 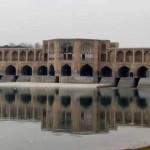 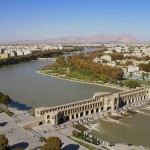 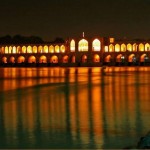 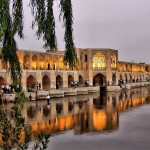 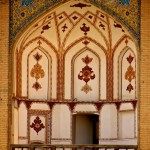 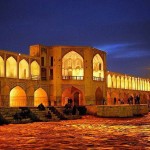 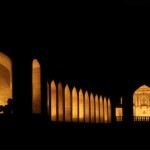 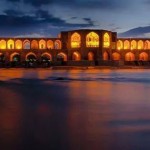 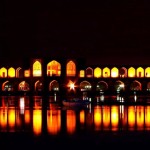 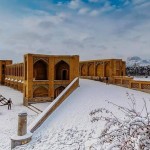 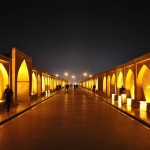 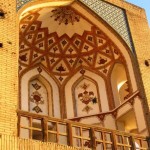 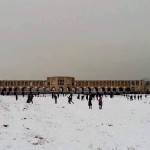