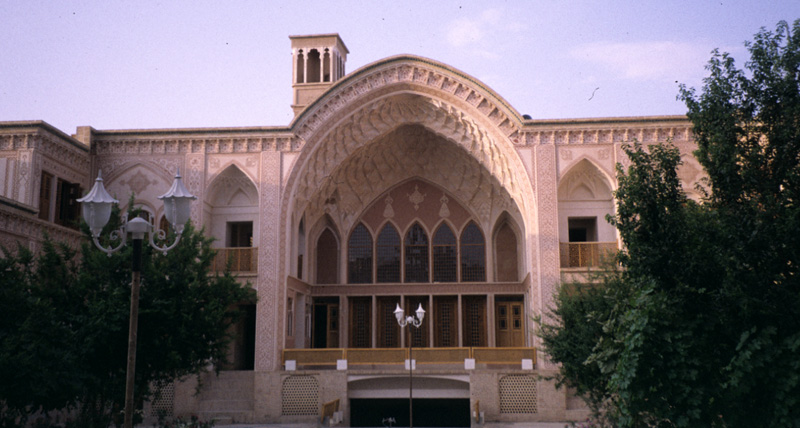 The Āmeri House (Persian: Khāneh-ye ‘Āmerihā), is a historic house in Kashan, in Isfahan Province, in Iran.

It was built during the Zand era for Agha ‘Āmeri, the governor of Kashan, who was responsible for maintaining the security of the route between Tehran and Kerman.

Covering an area of 9,000 square metres (97,000 sq ft), and housing seven courtyards, the Āmeri house is one of several large spectacular old houses in the central district of Kashan. Like the other houses around it, it was rebuilt in the 19th century, after the city was ravaged by a series of massive earthquakes in the 18th century.

The house is now a public museum, and is protected by Iran’s Cultural Heritage Organization.

The northern iwan in the main courtyard of the House 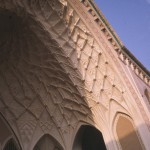 View looking up at the main iwan 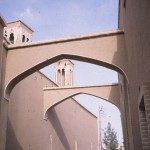 The Kucheh east of the House 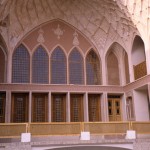 The panjdari of the main balcony under the main iwan