In pre-Islamic times, part of the area of present-day Tehran was occupied by Rey. It was destroyed by the Mongols in the early 13th century. In 1796, Agha Mohammad Khan chose Tehran as Iran’s new capital, in order to remain in close reach of Iran’s territories in the Caucasus, at that time still part of Iran, and to avoid vying factions of previous Iranian dynasties. Throughout Iran’s history, the capital has been moved many times; Tehran is the 32nd national capital of Iran.

Large scale demolition and rebuilding took place beginning in the 1920s and 1930s, and Tehran has been the subject of mass migration of people from all over Iran up until the present. The city is home to many historic mosques as well as several churches, synagogues and Zoroastrian fire temples. However, modern structures, notably Azadi Tower and the Milad Tower, have come to symbolize the city. Tehran is ranked 29th in the world by the population of its metropolitan area. Although a variety of unofficial languages are spoken, roughly 99% of the population understand and speak Persian.

The majority of the inhabitants of the city are Persians, but there are also populations of other Iranian ethnicities such as Azerbaijanis, Lurs, Armenians, Kurds and other ethnic groups who speak Persian as their second language. The majority of people in Tehran identify themselves as Persians.

View of Tehran with Milad Tower 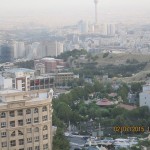 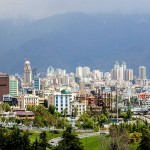 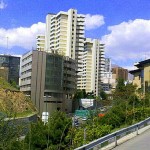 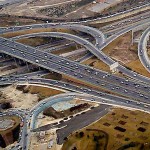 A view of Tehran’s expressways

Tehran, as Iran’s showcase and capital city, has a wealth of cultural attractions. The Sun Throne (also known as the Peacock Throne) of the Persian Kings (Shahs) can be found in Golestan Palace. Some well-known museums are National Museum of Iran, Sa’dabad Palaces Complex, Glassware and Ceramics Museum of Iran, The Carpet Museum of Iran, Tehran’s Underglass painting Museum, Niavaran Palace Complex, and Safir Office Machines Museum. The Tehran Museum of Contemporary Art features works of famous artists such as Van Gogh, Pablo Picasso and Andy Warhol. The collection of these paintings was selected by former Empress Farah Diba. 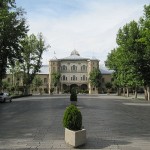 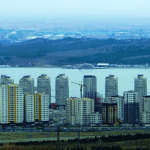 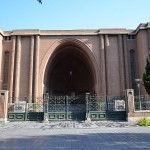 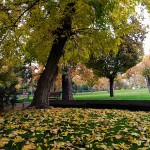 The Nation Park in autumn 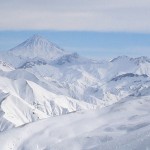 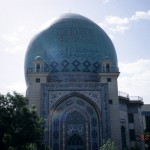 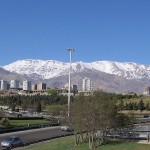 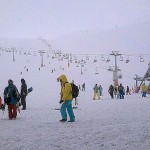 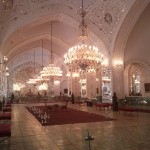 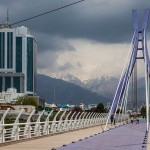 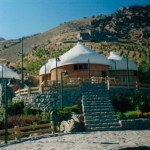 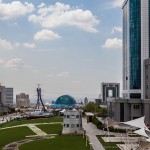 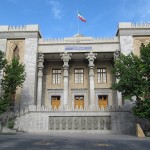 Police Palace (Today, the Building No. 9 of Foreign Ministry) 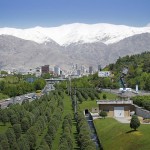 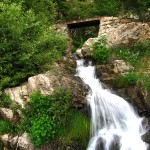 A stream in Darband 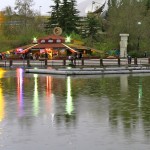 The Sepahsalar Mosque is one of the eldest and largest mosques in Tehran . It’s located southeast of  Baharestan square in Baharestan street .It’s the... Read more

Mount Tochal (Persian:  Tochāl) is a mountain in the Alborz range and a ski resort adjacent to metropolitan Tehran, Iran. The mountain has a 12 km lon... Read more

Mount Damāvand (Persian:  [dæmävænd]), a potentially active volcano, is a stratovolcano which is the highest peak in Iran and the Middle East as well... Read more

Saint Sarkis Cathedral is an Armenian Apostolic church in Tehran, Iran. The construction of St. Sarkis Church in Tehran began from 1964 and was comple... Read more

Jamshidieh Park (or Jamshidieh Stone Garden), is a park located in Tehran , in the neighbourhood of Niavaran at the base of Kolakchal mountain. The pr... Read more

The Reza Abbasi Museum  is a museum in Tehran, Iran. It is located in Seyed Khandan. The museum is named after Reza Abbasi, one of the artists in the... Read more

The Tehran Museum of Contemporary Art, is an art museum in Tehran, Iran. The museum was designed by Iranian architect Kamran Diba, who employed elemen... Read more

The Safir Office Machines Museum is a private museum located in Tehran, Iran. It was founded in 2008 by Frashad Kamalkhani, the museum owner. It inclu... Read more

Niavaran Palace Complex  is a historical complex situated in the northern part of Tehran, Iran. It consists of several buildings and a museum. The Sah... Read more

Located in Tehran, beside Laleh Park, and founded in 1976, the Carpet Museum of Iran exhibits a variety of Persian carpets from all over Iran, dating... Read more

The National Museum of Iran (Persian: Muze ye Melli ye Irān‎) is located in Tehran, Iran. It is the combination of two buildings which include the Mus... Read more

The lavish Golestan Palace is a masterpiece of the Qajar era, embodying the successful integration of earlier Persian crafts and architecture with Wes... Read more