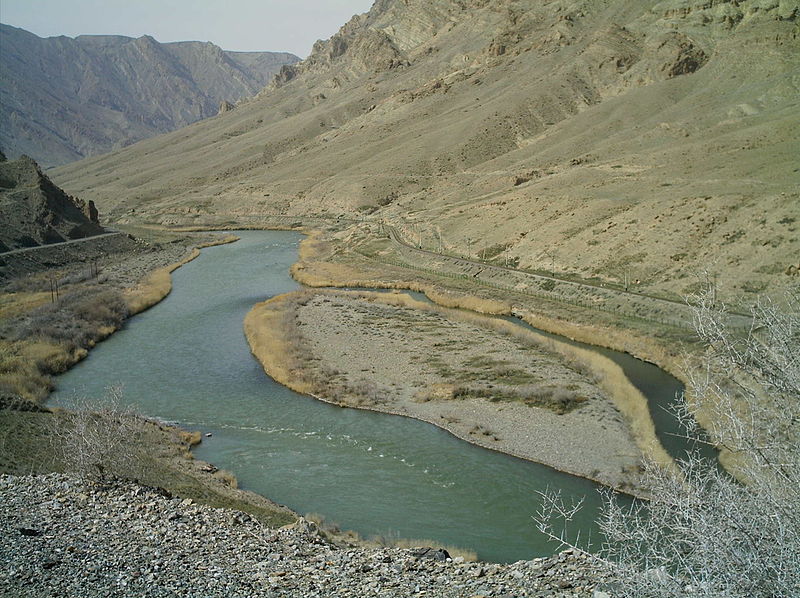 The Aras , also known as Araks or Arax (Armenian: Արաքս), Yeraskh (Classical Armenian: Երասխ), Rakhsi (Old Georgian: რახსი), Araxes (Greek: Αράξης), Aras (in Turkish and Kurdish), Araz (in Azerbaijani), is a river in and along the countries of Turkey, Armenia, Azerbaijan, and Iran. It drains the south side of the Lesser Caucasus Mountains and then joins the Kura River which drains the north side of those mountains. Its total length is 1,072 kilometres (666 mi). Given its length and a basin that covers an area of 102,000 square kilometres (39,000 sq mi), it is one of the largest rivers of the Caucasus.

The Aras river, Nakhchivan, Azerbaijan to the right and Iran to the left.

The Zangmar, Sariso, Ghotour River, Hajilar River, Kalibar River, Ilghena River, Darreh River and Balha River are the major tributaries of the Aras from the south (right). In Turkey the Ghareso river flows in on the left side. The Akhurian, Metsamor, Hrazdan, Azat, Vedi, Arpa, Vorotan, Voghdji and Megri rivers flow in from the Armenian north side (left). The Khachin River, Okhchi River, Kuri River and Kandlan River flow in from the Azerbaijan north side (left).

In Armenian tradition, the river is named after Arast, a great-grandson of the legendary Armenian patriarch Haik. See Erasx for the etymology. The name was later Hellenized to Araxes and was applied to the Kura-Araxes culture, a prehistoric people which flourished in the valleys of the Kura and Aras. But many times it is the Volga River which is called Araxes especially in Herodotus’ History 1.202. The river is also mentioned in the last chapter of the Aeneid VIII by Virgil, as “angry at the bridge”, since the Romans built a bridge over it,so that it is thereby conquered. By some, the river Aras has been associated with the otherwise unidentified Gihon and Pishon rivers mentioned in the second chapter of the Bible.

In modern history, the Aras gained significance as a geographic political boundary. Under the terms of the Treaty of Gulistan and the Treaty of Turkmenchay following two Russo-Persian Wars of the 19th century, the river was chosen as the border limit between the Russian Empire and Qajar Iran as the latter was forced to irrevocably cede all of its Caucasian territories to Russia. Iran and the Soviet Union later built the Aras Dam on the Aras in the Poldasht area creating the Aras Reservoir.

During the Cold War, some Iranian communists escaped to USSR using this river. Also Samad Behrangi, an Iranian author of children books, drowned in the River Aras. 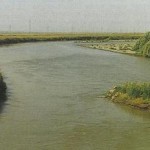 The Aras from Iğdır. 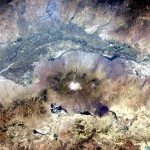 Astronaut photograph of the Aras. 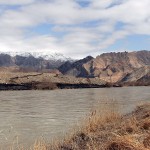 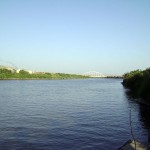 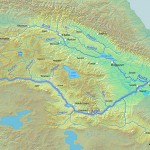 The Aras highlighted on a map of the Kura River watershed.