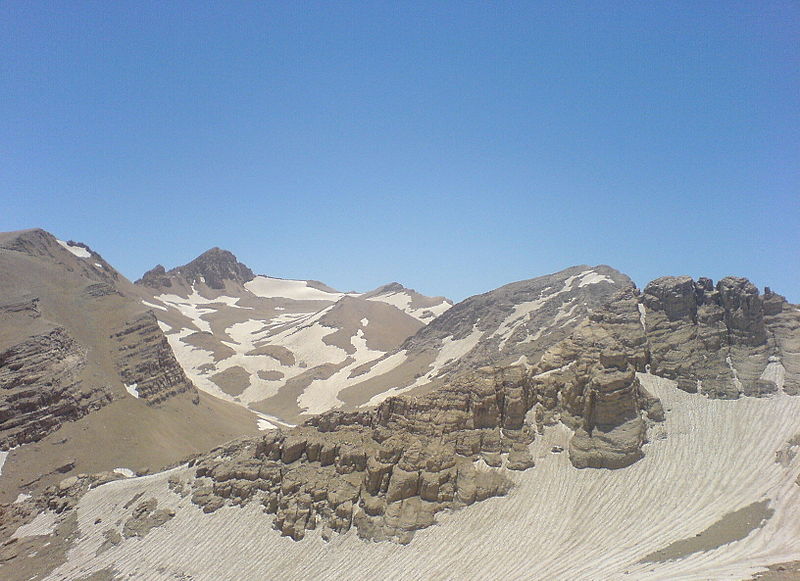 With an elevation of 4221 metres, the Zardkuh is located in the Zagros Mountains in the Chaharmahal and Bakhtiari Province of Iran. The Karun and also Zayanderud rivers start in the Zagros mountains near the Zardkuh. There are small glaciers on the mountain owing to the relatively high precipitation, which are the only glaciers in the subtropics outside the Himalayas, Andes and Trans-Mexican Volcanic Belt .

Geologically, the Zardkuh is situated in the Sanandaj-Sirjan geologic and structural zone of Iran and is mainly made of cretaceous limestone.

Famous documentary Grass: A Nation’s Battle for Life (1925) captures on film the Bakhtiari tribe’s amazing crossing of Zard Kuh barefoot in the snow with 50,000 people and 500,000 animals.