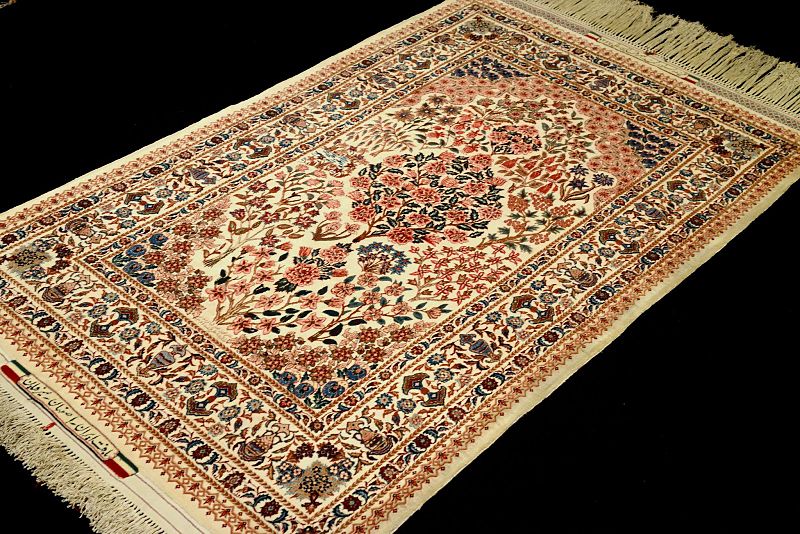 The Iranian city of Isfahan (also spelt Esfahan) has long been one of the centres for production of the famous Persian carpet (or rug). Isfahani carpets are known for their high quality. The most famous workshop in Isfahan is Seirafian.

Weaving in Isfahan flourished in the Safavid era. But when the Afghans invaded Iran, ending the Safavid dynasty, the craft also became stagnant.

Some Isfahani rugs became known in Western Europe as “Polish rugs”. This name refers to carpets woven with silk, golden and silver threads in Persia during the 16th-18th centuries and exported to the Polish-Lithuanian Commonwealth. They were commissioned by wealthy Polish noblemen and decorated with their coats of arms. Some of them were later resold to West European buyers who were often convinced of their Polish origin, hence their name.

Not until the 1920s, between two world wars, was weaving again taken seriously by the people of Isfahan. They started to weave Safavid designs and once again became one of the most important nexus of the Iranian Carpet weaving industry.

The city of Isfahan (Eşfahan) is now a world heritage site and produces what are arguably the most consistently fine wool pile rugs made anywhere in the world today. Their quality may be matched by individual items from the other major Persian workshop groups, but Isfahan produces far fewer poor quality rugs. Isfahani carpets today are among the most wanted in world markets, having many customers in western countries. 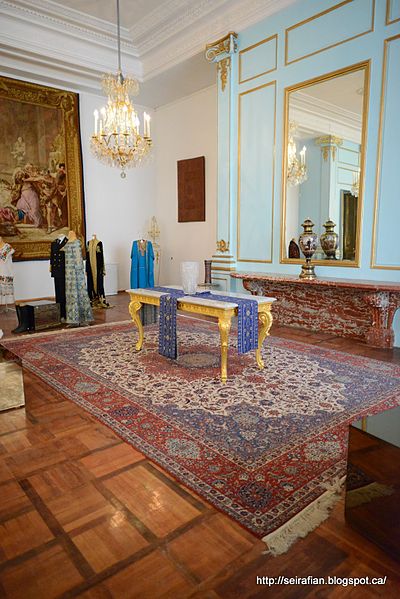 A range of traditional designs are still used including allover Shãh Abbãsi, vase, Tree of Life and pictorial schemes but by far the most popular composition is based on a circular central medallion (derived from the famous mosque of Shah Lutf Allah in Esfahan) set against an elegantly sculpted field decorated with intricately purling vine palmette and floral motifs. In contemporary items the palette is normally more pastel, and technical perfection is generally of greater importance than artistic flair. 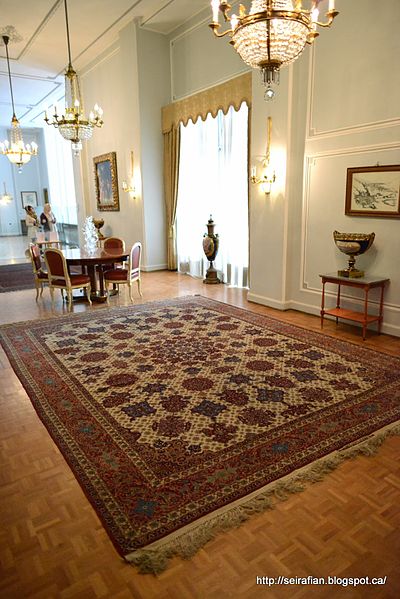 The most famous name in Isfahan rugs is the Seirafian workshop, which was co-founded by late Haj Agha Reza Seirafian and his seven sons (The Late Mohammad Ali, Mohammad, The Late Mohammad Sadegh,The Late Ahmad, Ali, The Late Hossien, and Mohammad Hassan). Mohammad Seirafian is the most notable Seirafian and arguably the greatest designer and master of Isfahan rug. His rugs are exhibited worldwide. His masterpiece, The Oneness of Mankind Rug, is permanently exhibited in the United Nations in New York. This 25 square meter rug contains the famous verse from the 12th-century Iranian poet, Saadi Shirazi. The verses of the famous poem, “Oneness of Mankind” is woven into the rug in pure gold. His other notable works are permanently exhibited in the Astan Quds Razavi museum, Carpet Museum of Iran, and Niavaran Palace. Mohammad Seirafian is also an author, social commentator, and a philanthropist. 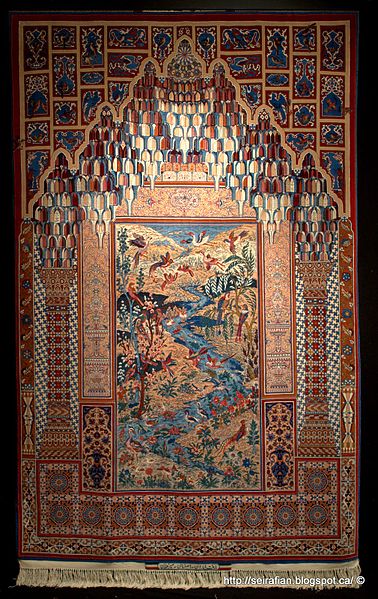 Other notable designers of Isfahan are: