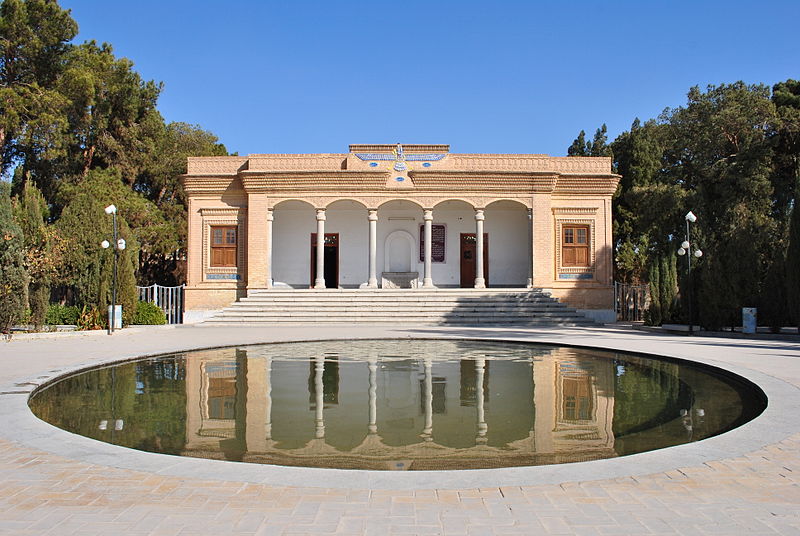 The Behram Fire Temple of Yazd,  (also known as Yazd Atash Kadeh), is a temple in Yazd, to the west of Shiraz in Iran. It was built in 1934 and enshrines the Atash Bahram, meaning “Victorious Fire”, dated to 470 AD. It is one of the nine Atash Behrams, the only one of the highest grade fire in Iran where Zoroastrians have practiced their religion since 400 BC; the other eight Atash Behrams are in India. According to Aga Rustam Noshiravan Belivani, of Sharifabad, the Anjuman-i Násirí (elected Zoroastrian officials) opened the Yazd Atash Behram in the 1960s to non-Zoroastrian visitors.

The temple is located in Yazd, to the west of Shiraz, in the desert province of Yazda, where Zoroastrians have practiced their religion since about 400 BC. It is located on the Ayatullah Taleghani Avenue and is 6 kilometres (3.7 mi) away from Yazd Airport.

According to an inscription plaque fixed on the shrine, the construction of the Yazd Atash Behram temple is dated to 1934. The funds for building it were provided by the Association of the Parsi Zoroastrians of India. Construction was done under the guidance of Jamshid Amanat. The sacred fire of the temple is stated to have been burning since about 470 AD; originally started by the Sassanian Shah when it was in the Pars Karyan fire temple in southern Pars district of Larestan. From there it was transferred to Aqda where it was kept for 700 years. The fire was then moved in 1173 to Nahid-e Pars temple in nearby Ardakan, where it remained for 300 years until it was moved again to the house of a high priest in Yazd, and was finally consecrated in the new temple in 1934.

A bust of Manekji Limji Hataria, who was instrumental in raising funds for building the temple, has been installed in the precincts of the temple. The bust also displays the Zoroastrian divine symbols of the Sun and the Moon.

The fire temple is built in Achaemenid architecture style in brick masonry to the design prepared by the architects from Bombay. It is similar in design to the Atash Behram temples in India. The building is surrounded by a garden which has fruit trees. There is a winged deity of the Ahura Mazda embedded on the front door of the temple.

The sacred fire is installed in the temple behind an amber tinted glass enclosure. Only Zoroastrians are allowed to go to the sanctum area of the fire. Non-Zoroastrians can only view it from outside the glass chamber. The Anjuman-i Násirí opened the Yazd Atash Behram in the 1960s to non-Zoroastrian visitors. 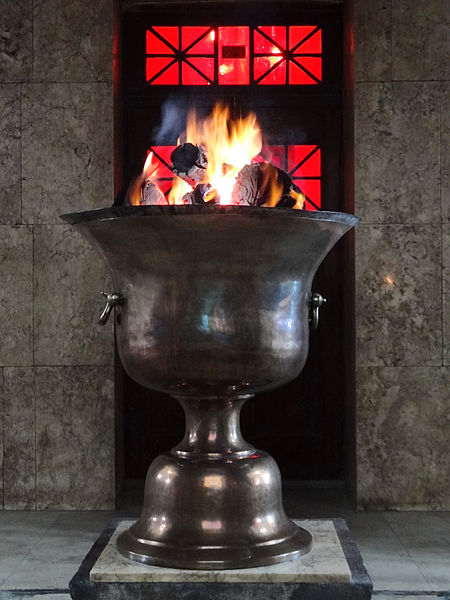 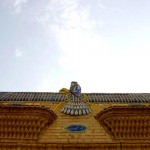 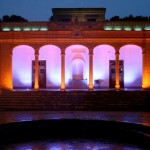 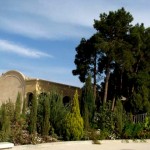 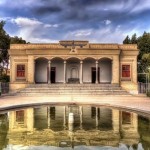 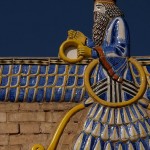 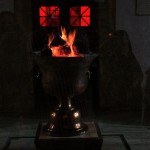 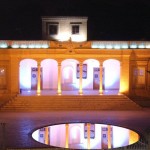 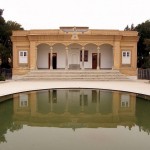 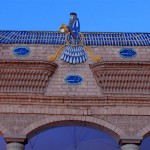 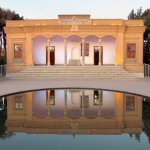 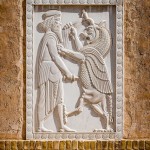 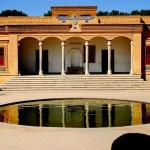 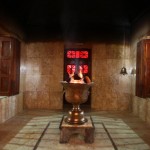 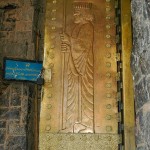 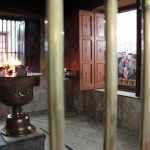 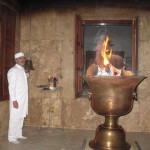