Because of generations of adaptations to its desert surroundings, Yazd is an architecturally unique city. It is also known in Iran for the high quality of its handicrafts, especially silk weaving, and its confectionary.

Yazd has a history of over 5,000 years, dating back to the time of the Median empire, when it was known as “Ysatis” (or “Issatis”). The present city name, however, is derived from Yazdegerd I, a Sassanid ruler. The city was definitely a Zoroastrian centre during Sassanid times. After the Arab Islamic conquest of Persia, many Zoroastrians migrated to Yazd from neighbouring provinces. By paying a levy, Yazd was allowed to remain Zoroastrian even after its conquest, and Islam only gradually became the dominant religion in the city.

Because of its remote desert location and the difficulty of access, Yazd remained largely immune to large battles and the destruction and ravages of war. For instance, it was a haven for those fleeing from destruction in other parts of Persia during the Mongol invasion. In 1272 it was visited by Marco Polo, who remarked on the city’s fine silk-weaving industry. In the book The Travels of Marco Polo, he described Yazd in the following way:

It is a good and noble city, and has a great amount of trade. They weave there quantities of a certain silk tissue known as Yasdi, which merchants carry into many quarters to dispose of. When you leave this city to travel further, you ride for seven days over great plains, finding harbour to receive you at three places only. There are many fine woods producing dates upon the way, such as one can easily ride through; and in them there is great sport to be had in hunting and hawking, there being partridges and quails and abundance of other game, so that the merchants who pass that way have plenty of diversion. There are also wild asses, handsome creatures. At the end of those seven marches over the plain, you come to a fine kingdom which is called Kerman.

Yazd briefly served as the capital of the Muzaffarid Dynasty in the fourteenth century, and was unsuccessfully besieged in 1350–1351 by the Injuids under Shaikh Abu Ishaq. The Friday (or Congregation) Mosque, arguably the city’s greatest architectural landmark, as well as other important buildings, date to this period. During the Qajar dynasty (18th Century AD) it was ruled by the Bakhtiari Khans.

Under the rule of the Safavid (16th century), some people migrated from Yazd and settled in an area that is today on the Iran-Afghanistan border. The settlement, which was named Yazdi, was located in what is now Farah City in the province of the same name in Afghanistan. Even today, people from this area speak with an accent very similar to that of the people of Yazd.

The people of Yazd are known for being peaceful, clever, and hard-working. One of the notable things about Yazd is its family-centred culture. According to official statistics from Iran’s National Organization for Civil Registration, Yazd is among the three cities with the lowest divorce rates in Iran.

Yazd is an important centre of Persian architecture. Because of its climate, it has one of the largest networks of qanats in the world, and Yazdi qanat makers are considered the most skilled in Iran.

To deal with the extremely hot summers, many old buildings in Yazd have magnificent windcatchers, and large underground areas.

The city is also home to prime examples of yakhchals, which were used to store ice retrieved from glaciers in the nearby mountains. Yazd is also one of the largest cities built almost entirely out of adobe.

Yazd’s heritage as a center of Zoroastrianism is also important. There is a Tower of Silence on the outskirts, and the city itself has a Fire Temple which holds a fire that has been kept alight continuously since 470 AD. Presently, Zoroastrians make up a significant minority of the population, around 20,000–40,000 or 5 to 10 percent.

Built in 12th century and still in use, Jame Mosque of Yazd is an example of the finest Persian mosaics and excellent architecture. Its minarets are the highest in the country.

Historical sites of Yazd are included: 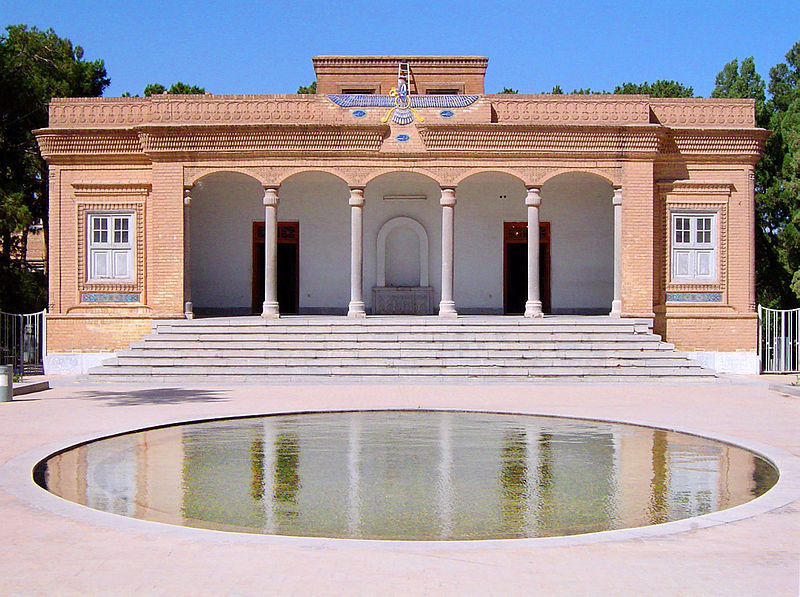 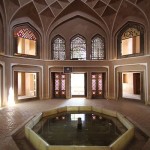 Under the windcatcher of Dowlat Abad Garden 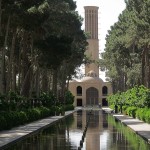 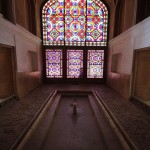 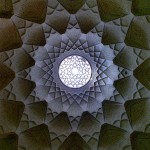 Ceiling of a vault in the Bazaar of Yazd 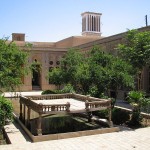 The Jāmeh Mosque of Yazd (Persian: Masjid-e-Jāmeh Yazd) is the grand, congregational mosque (Jāmeh) of Yazd city, within the Yazd Province of Iran. Th... Read more

The Behram Fire Temple of Yazd,  (also known as Yazd Atash Kadeh), is a temple in Yazd, to the west of Shiraz in Iran. It was built in 1934 and enshri... Read more

Dowlat Abad Garden , located in Yazd , Iran, is a historic persian garden  and was built during the Zand dynasty (1747) . It has  the highest identifi... Read more

The Zein-o-Din Caravanserai  is located in Zein-o-din, Yazd, Iran. The caravanserai dates to the 16th century and is situated on the ancient Silk Road... Read more

The Tower of silence or Zoroastrians crypt (Dakhmeh in Persian) is located 15 km south-east of Yazd , Iran . It’s  located around the Safa’eye Distric... Read more

Fort Mosque is a historical mosque in Yazd. The mosque dates back to the middle centuries after Islamic periods .It’s located near the Mehri Jerd Gate... Read more

Fortifications of Yazd date back to Daylamian-Atabakan eras and are located in Yazd . It’s registered as one of national monuments of Iran (No.956 in... Read more

The Mehr Padin Castle is a magnificent adobe castle in Mehriz , Yazd province , Iran . Some experts think that the monument is owned by the Safavid er... Read more

Pir-e Naraki is one of the oldest Zoroastrian shrines  located 58 km southeast of Yazd , near Mehriz , in Yazd Province , Iran . According to some nar... Read more

The Pahlavanpour Garden , located in Mehriz, Yazd province , Iran, is a historic persian garden and was built during the Qajar dynasty. The garden inc... Read more