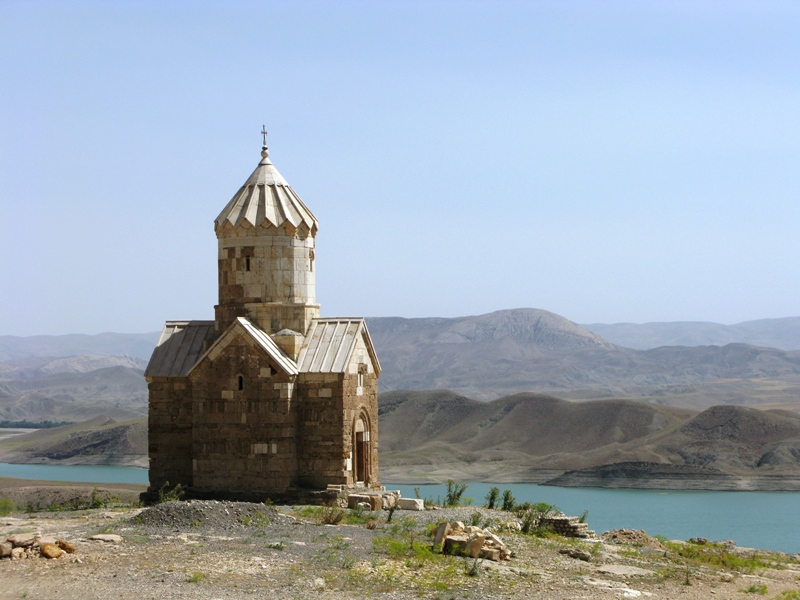 The Chapel of Dzordzor (Armenian: Ծոր Ծորի Սուրբ Աստվածածնի մատուռ), is part of an Armenian monastery located in Maku County, West Azerbaijan Province, Iran, on Zangmar River near the village of Baron. The monastery had its heyday in the fourteenth century before being abandoned and destroyed in the early seventeenth century, when Shah Abbas I decided to displace the local Armenians.

The Chapel of Holy Mother of God is the only part of the monastery still stands today. The construction of this chapel cross surmounted in the center of a drum dome dates back to the 9th to 14th centuries. In agreement with the Armenian Apostolic Church, the building was relocated 600 meters by the Iranian authorities in 1987-1988, following the decision to build a dam on the Zangmar River, to avoid being inundated in the dam reservoir.

The chapel is on the World Heritage List of UNESCO since July 6, 2008, alongside St. Thaddeus and St. Stepanos monasteries.

Chapel of Dzordzor on the Zangmar River Reservoir