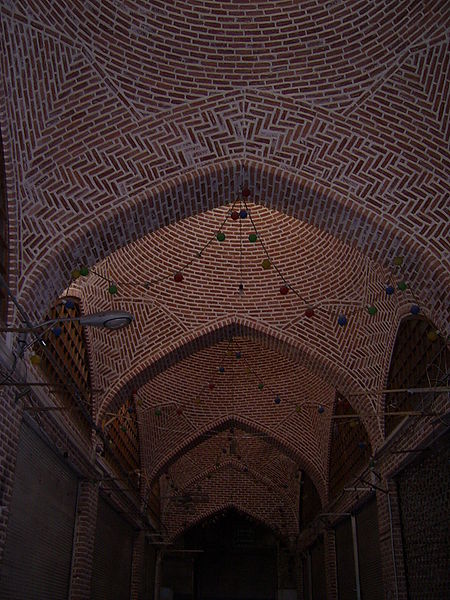 Ardabil Bazaar is a bazaar built during Safavid Dynasty in Ardabil, north-western Iran.

In the 4th century historians described the bazaar as a building in the shape of the cross with a domed ceiling. It was constructed during the Safavid dynasty from the 16th to 18th century and renovated through the Zand dynasty in the 18th century.