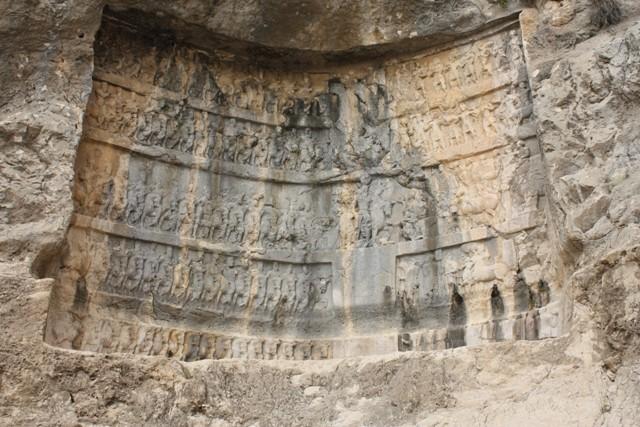 The victory relief of Shapur I  (r. 241 – 272) is a rock relief at Tang-e Showgan gorge , near the ancient city of Bishapur.
This relief depicts Sasanian king Shapur I on horseback in the center . Grdyanvs corpse is under hooves of Shapur’s horse and  Valerian’s hands are in Shapur’s hand while Valerian is captured by Shapur. Philip is kneeling in front of Shapur’s horse and demands peace. Iranian military officers in five rows ,on horseback are behind Shapur . Roman soldiers and officers are also in five rows in front of Shapur . They are seen carrying gifts for Shapur. 115 figures are seen in the rock relief.