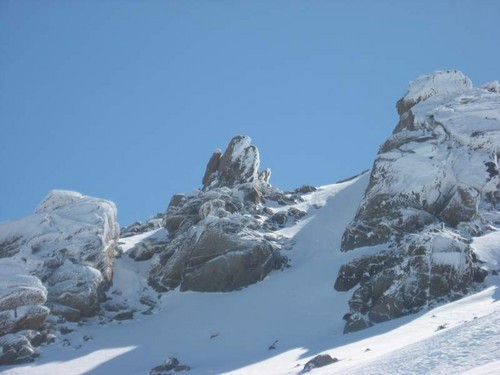 Alvand or Alvand Kuh is a subrange of the Zagros Mountains in western Iran located 10 km south of the city of Hamedan in Hamedan Province. With an elevation of 3580 metres, it is situated to the east of the Ghezel-Arsalan mountains. Aside from Mount Alvand, Kalagh-Laneh and Daem-Barf are among the famous peaks of this range.

“Alvand” is a newer form of *Harvant, (from Indo-European > Indo-Iranian root of *har), means “high”, and vanta (akin to German “bund” and English bond, Persian and Kurdish “band,” meaning “connected to” or “that of,” “bound to” etc. Together, the compound stand for “That of height, grandeur, mighty.” Also see Orontes River, the Orontids dynasty, “Alborz” Mountains and Mount “Elbrus” < *arburz.

The range consists mainly of intrusive rocks (Upper Cretaceous-Paleocene granite, granitoid and diorite) that were made in the Laramide orogeny in the Late Cretaceous-Early Paleocene. Mount Alvand is located in the Sanandaj-Sirjan geological and structural zone. Sanadaj-Sirjan was subjected to magmatism and metamorphism in the Paleozoic and Mesozoic. This section along with other Iranian microplates were separated from Gondwana in the Carboniferous (when magmatism was caused by rifting and the process of detachment) and moved northwards. From the Early Jurassic to the Middle Miocene Sandaj-Sirjan was adjacent to a subduction zone and there was magmatism because of the subduction zone which was situated in the south and southwest of this structural zone. Consequently, in the Late Cretaceous-Early Paleocene, Sanandaj-Sirjan region was subjected to the magmatism of the Laramide orogeny in the form of both volcanism and plutonism. Mount Alvand was formed as a result of the plutonism of this orogenic phase. 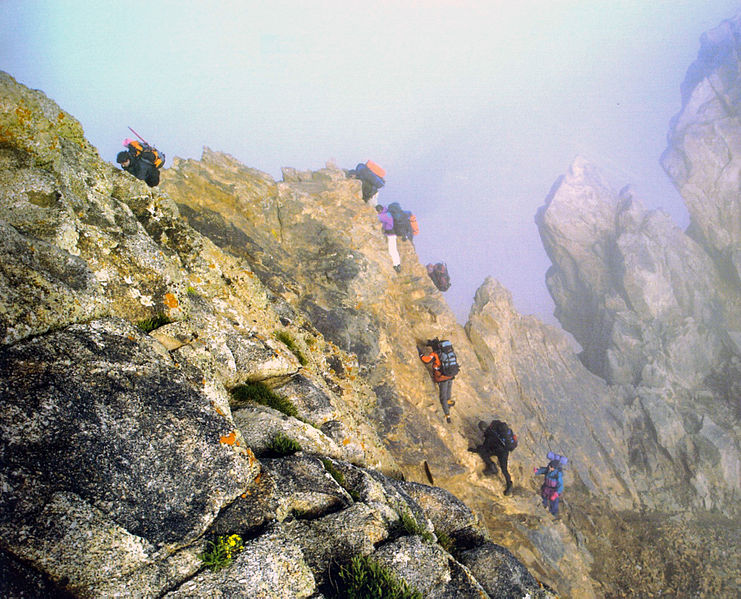 Located in the range is the Ganj Nameh, a trilingual ancient inscription by kings Darius the Great and Xerxes I in the ancient languages Neo-Elamite, Neo-Babylonian, and Old Persian. Alvand and Damavand are holy mountains in Iran.

Mount Alvand is situated in a geographical location that has a Mediterranean climate with spring rains. 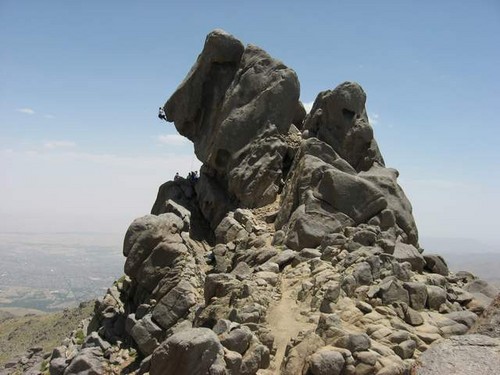