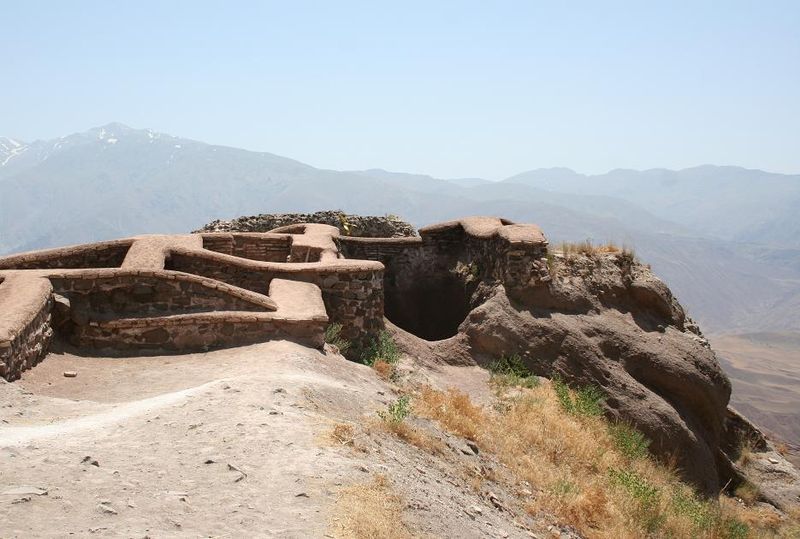 Alamut (Persian:  Alamūt) was a mountain fortress located in Alamut region in the South Caspian province of Daylam near the Rudbar region in Iran, approximately 100 km (60 mi) from present-day Tehran. The name means “Eagle’s Nest”.

Under the leadership of Hasan-i Sabbah, Alamut became the site of intense activity for the Shi’a Nizari Ismai’li, along with a smaller subgroup known as the Assassins, between 1090 and 1256 AD. During the medieval period, the castle functioned as the major stronghold of the Nizari Ismaili state. In 1256, Ismaili control of the fortress was lost to the invading Mongols, and its famous library holdings were destroyed when the castle’s library was condemned to be burned by Ata-Malik Juvayni, a servant of the Mongol court. Sources on the history and thought of the Ismailis in this period are therefore lacking and the majority extant are written by their detractors.

After the Mongol destruction, the castle was of only regional significance, passing through the hands of various local powers. Today, it lies in ruins, but because of its historical significance, it is being developed by the Iranian government as a tourist destination.

View of the top of Alamut Castle

The origins of the Alamut fortress can be traced back to the Justanid ruler, Vahsudan, who, during a hunting trip, witnessed a soaring eagle perch down high on a rock. Realizing the tactical advantage of the location, he chose the site for the construction of a fortress, which was called “Aluh āmū[kh]t” likely meaning “Eagle’s Teaching” or “Nest of Punishment”. Alamut remained under Justanid control until the arrival of the Ismaili chief da’i (missionary) Hasan-i Sabbah to the castle in 1090 AD, marking the start of the Alamut period in Ismaili history. 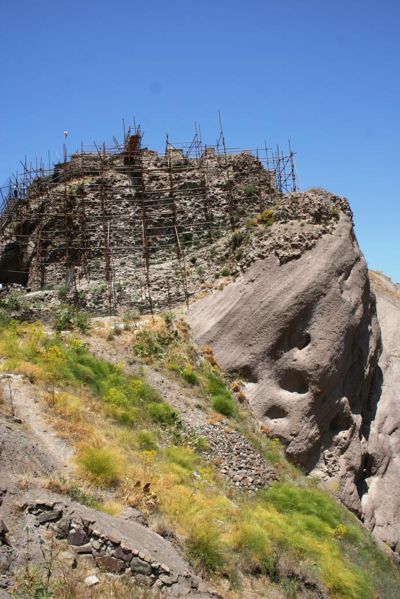