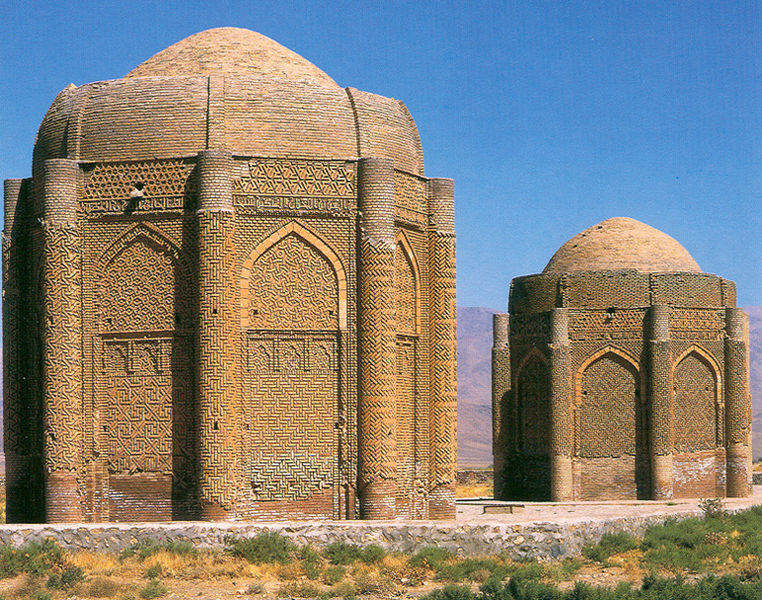 The Kharraqan towers are mausoleums, built in 1067 and 1093, located on the plains in northern Iran, near Qazvin.

The brick structures stand 15 metres (49 ft) tall and 4 metres (13 ft) wide, and make extensive use of geometry. Inside the older mausoleum there is a lamp and paintings.

These towers are remnant examples of architecture that existed during the Seljuk period of medieval Persia.

Both towers were significantly damaged by the 2002 Bou’in-Zahra earthquake. They were in a good state of preservation before the event, suggesting it was one of the most powerful quakes in the region for approximately 900 years.