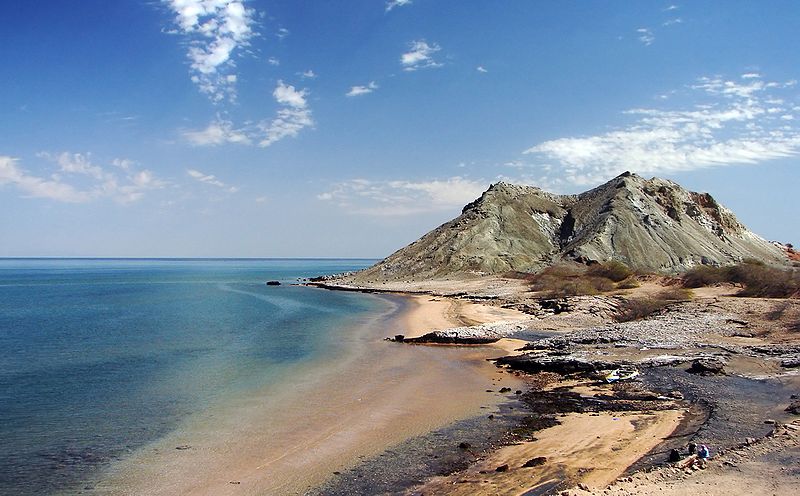 Hormuz Island, also spelled Hormoz, is an Iranian island in the Persian Gulf. Located in the Strait of Hormuz, 5 miles off the Iranian coast, the island is part of Hormozgān Province.

The island, known as Organa (Όργανα) to the ancient Greeks and as Jarun in the Islamic period, acquired the name of “Hormuz” from the important harbour town of Hormuz (Ormus) on the mainland 60 km away, which had been a center of a minor principality on both sides of the strait. The principality paid tributes to the Mongol-ruled Ilkhanate and was an important source of income from maritime trade. The town’s ruler decided to shift his residence to the island during one of dynastic wars around 1300, in order to evade attacks by Mongolian and Turkish groups from the interior. The ruler later made peace with the Ilkhans.

A new town was built on the northern tip of Jarun island which was called New Hormuz for a number of years to distinguish it from the old town on the mainland until this fell into ruins. Slowly the name of the new town came to be used for the island as well.

The island is arid, and during the summer months the temperate can rise to over 110 degrees Fahrenheit. As such, it was not an ideal location for the capital of a principality as all provisions including water had to be brought from the mainland. Its location, however, gave the island a degree of security which let it grow to be a major trading port for several centuries. As its competitors suffered from intermittent destruction, Hormuz remained a reliable and relatively safe harborage.

In the 15th century, Hormuz was visited several times by a Chinese fleet led by Zheng He as he explored the Indian Ocean during the Ming Dynasties naval ventures.

In 1505 the reign King Manuel I of Portugal led Portugal to establish a policy of expansion in Africa and western Asia. During attempts to expand Portuguese influence into the Indian Ocean, the Portuguese duke Afonso de Albuquerque captured the island in 1507 and it was incorporated into the greater Portuguese Empire. The Portuguese constructed a fortress on the island to deter potential invaders, naming it the Fort of Our Lady of the Conception. The island became an emergency stopover point for Portuguese ships traveling to Goa, Gujarat, and nearby Kishm. In 1622 the island was captured from the Portuguese by a combined Anglo-Persian force at the behest of the East India Company.

Shah Abbas I distrusted the local population and was not interested in maintaining the island as a trading center or military post; instead he developed the nearby mainland port of Bander Abbas. Hormuz went into decline. Many of its inhabitants seasonally moved to their fields and orchards around the old Hormuz on the mainland, only fishermen being in permanent residence. The island continued to export small quantities of rock salt and lumps of iron oxide which were used as ballast stones for sailing ships.

After a period of Omani administration in the 19th century, it remained just as a sparsely inhabited fishermen’ island and showed some development in the later years of the 20th century.

The Museum and Gallery of Dr. Ahmad Nadalian in Hormuz Island shows the works of this artist who is internationally known as one of the most active environmental artists. Now most of Nadalian works are scattered across the earth. His environmental art projects, including the carvings on rocks, can be found in many countries. Before the establishment of the art center, people who were addicted to alcohol and drugs used this space. In March 2009, the Paradise Art Centre on Hormuz Island in the Persian Gulf was established here. 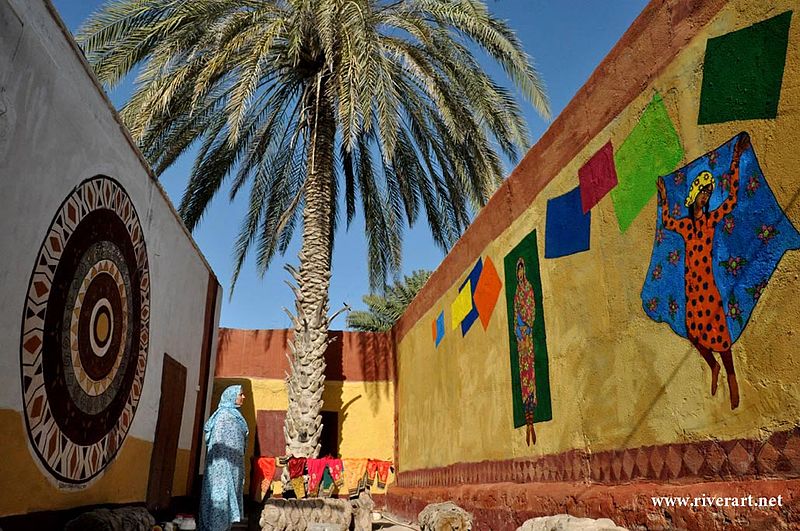 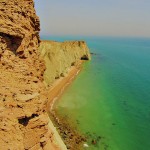 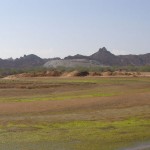 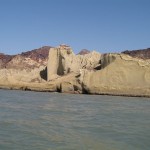 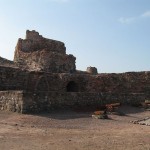 The Fort of Our Lady of the Conception, Hormuz Island