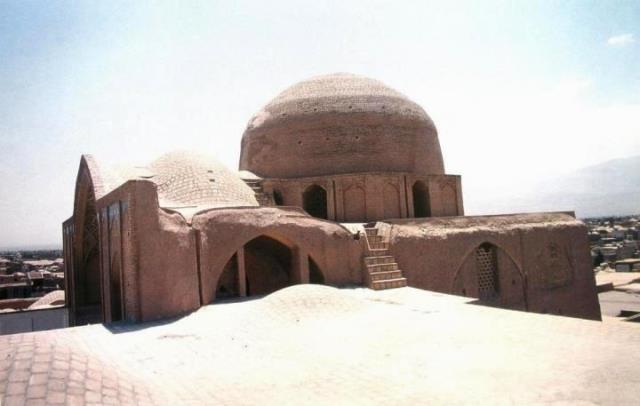 The Jameh mosque of Kashan is the oldest historical structure in Kashan, Iran. Its only brick minaret is located in its southeastern corner. On the bottom part of the minaret, there is a kufic inscription made by embossed brick. On the inscription, it is mentioned the construction date of the minaret, which is 1074 AD. The minaret is the third oldest minaret in Iran, which has an inscription.
It is said that there had been a fire temple from the pre-Islamic period in this place and after the islamization of Persia the fire temple has been converted to the mosque.

In the book Merat ol-Boldan, it is written about the mosque as follows:

“The mosque, which is known in Kashan as Jameh mosque , has one mihrab with a right qibla and a mihrab with a wrong qibla. The founder of the mosque was Safie Khatun, Malik al-Ashtar’s daughter.”

The large old mihrab of the mosque like minaret seems to belongs to the Seljuq era. It has an exquisite stucco, on which there are verses from Quran about the virtue of Friday prayer. It seems that this large mihrab has been destroyed intentionally because of its false direction of qibla. Instead of this mihrab a smaller one has been built in the true direction of qibla during the reign of Tahmasp I. 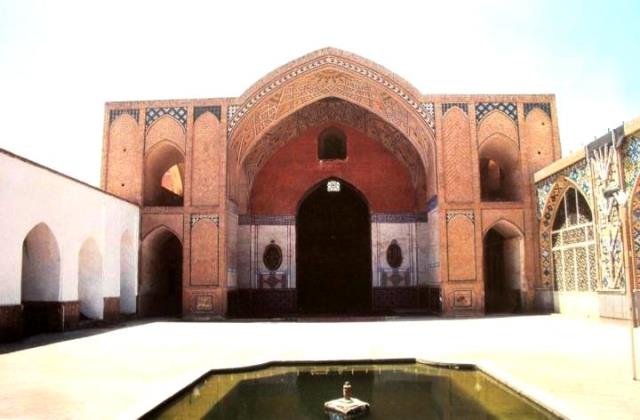 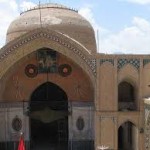 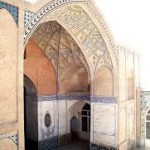