The Salam (“Reception”) Hall was originally designed to be a museum. After the Sun Throne (Takht e Khorshid) was moved to the Royal Jewels Museum at the Central Bank of Iran, this hall was designated to hold special receptions in the presence of the king, hence the name Salam Hall.

This hall has exquisite mirror works. The ceiling and walls are decorated with plaster molding, and the floors are covered with mosaic. 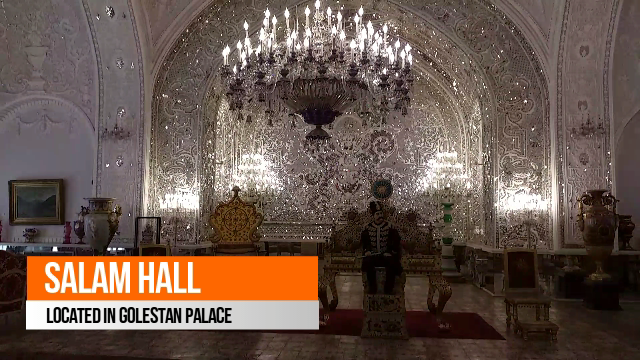 During the reign of Nasser ed Din Shah, this hall was used to exhibit Iranian and European paintings alongside gifts presented to the Iranian court. Royal jewels were also exhibited inside glass cases. These jewels are now housed at the Royal Jewels Museum of the Central Bank of Iran.