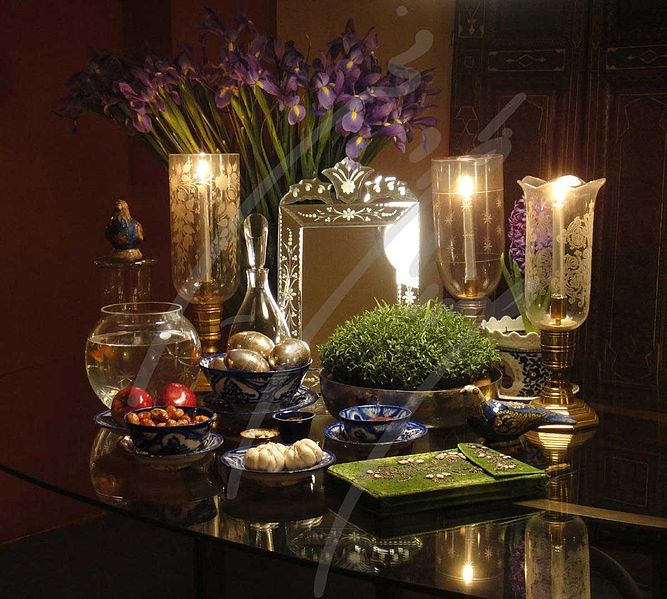 Sofreye Haft Sin :sofre (tablecloth), haft (seven), sin (the letter S [س]). Al-Bīrūnī said: haftsin came from jamshid because he destroyed the evil that made pars lands weak so in first day of Iranian calendar people called it nowruz (starting of a new day) and they put 7 different beans on their table as a sign of thanking nature for giving humans all they need. Since then every year Iranians put haftsin on their tables, but nowadays they put 7 things that start with letter [س]. Some people also believe that sasanian had a very beautiful plate that was given to them from China and they called it chini plate, and after some years the word chini changed into sini (a beautiful plate) so people would put 7 things in a sini.

The following items may also appear on the Haft-Seen table as ornaments or for the sake of completeness. Although some of these items are Persian symbols, they are not the main part of the traditional Haft-Seen. 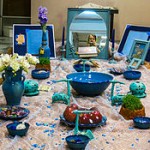 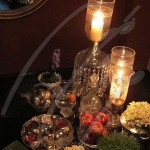 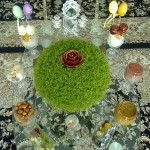 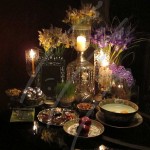 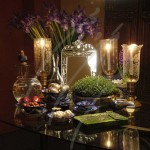 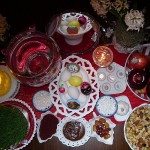 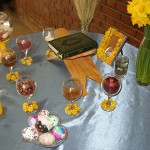 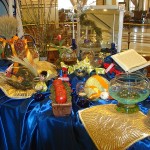 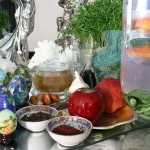 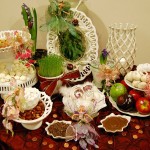 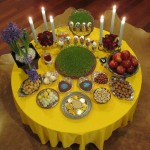 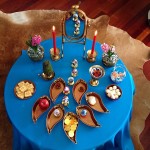 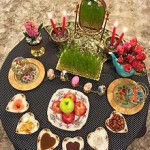 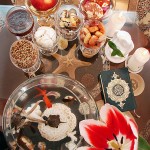 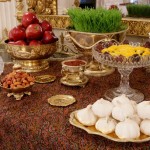