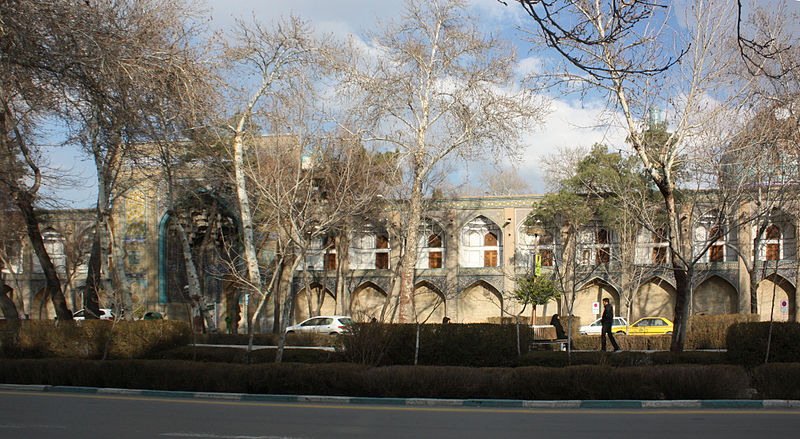 The compound was built during the time of Soltan Hossein, a Safavid king, to serve as a theological and clerical school to train those who were interested in such sciences. In order to finance the school, Soltan Hossein’s mother had a large caravansary built nearby, the income of which went to the foundation. The monumental portal from the main avenue of Shah Abbas leads directly into a domed octagonal vestibule. The dome and the greater part of the walls are covered in bright yellow bricks which give a feeling of lightness. The entrance gate decorated with gold facade and silver, and the tile-works inside the building are masterpieces of fine art and industry. The central court, with its pool and garden, are surrounded by arcades on two levels, each giving access to a student’s room. 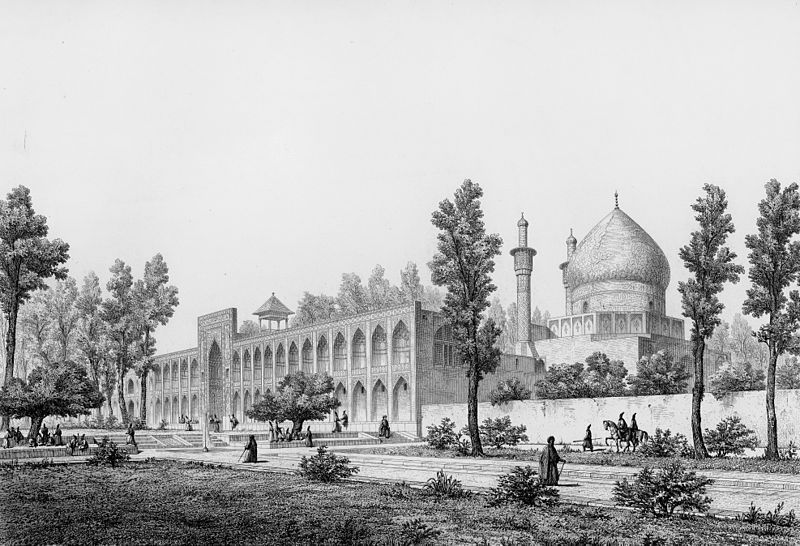 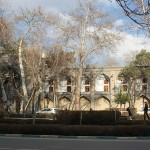 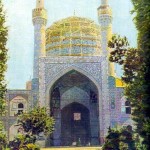 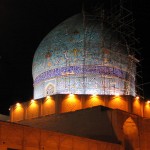