It hosts historical monuments dating back through preserved ancient and medieval Iranian antiquities. These works include pottery vessels, metal objects, textile remains, and some rare books and coins.

There are a number of research departments in the museum, including Paleolithic and Osteological departments, and a center for Pottery Studies.

The Museum of Ancient Iran was designed by French architect Andre Godard in the early 20th century. It has an area of approximately 11000 square meters. Building began in 1935 and was completed within two years by Abbas Ali Memar and Morad Tabrizi. The museum was officially inaugurated in 1937.

The second building, the Museum of the Islamic Era, built on the grassy grounds of the Museum of Ancient Iran, went through quite a few hasty interior changes, and was still being remodeled when the 1979 Revolution swept the country.

While the old building always had a clear mandate to show archaeological relics (and also some rare medieval textiles and rug pieces), the new building began its life by featuring the exquisite Amlash pottery from the prehistoric Caspian Sea regions of Iran. This was followed by some modern arts, and the repeated gutting and remodeling of the interior.

The older building consists of three halls. The halls contain artifacts and fossils from the lower, middle, and upper Paleolithic, as well as the Neolithic, Chalcolithic, early and late Bronze Age, and Iron Ages I-III, through the Median, Achaemenid, Seleucid, Parthian, and Sassanid periods.

Plans are underway for the construction of another building, as the current ones lack the capacity and standards for preserving all of the excavated treasures. 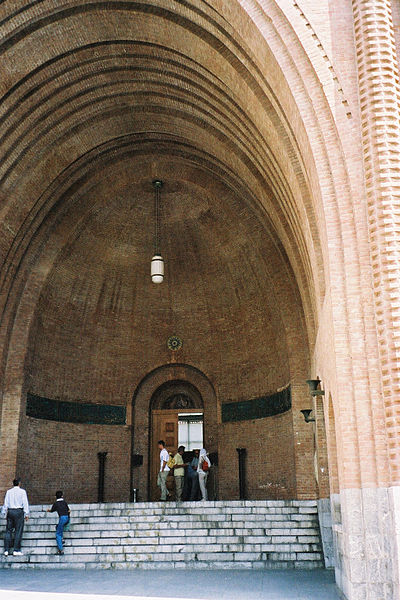 The main entrance of the Museum of Ancient Iran is built in the style of Sassanid vaults, particularly the iwan of Ctesiphon.

The oldest artifacts in the museum are from Kashafrud, Darband and Ganj Par, sites that date back to the Lower Paleolithic period. Mousterian stone tools made by Neanderthals are also on display in the first hall. The most important Upper Paleolithic tools are from the Yafteh Cave, dating back about 30,000-35,000 years. There are also 9,000 year-old human and animal figurines from Sarab Hill in Kermanshah Province, among many other ancient artifacts.

The ground floor of the newer building is dedicated to temporary exhibitions of the museum’s collections, with mainly archaeology themes. The temporary exhibition galleries feature two or three exhibitions each year. These temporary exhibitions usually run for one to two months. The latest exhibition which was one of the most successful in museum history, titled Evidence for Two Hundred Thousand Years of Human-Animal Bonds in Iran, ran from August to October 2014. The main theme of this exhibition was the relation and coexistence of past human societies and various animal species in Iran, since late Lower Paleolithic to recent decades. 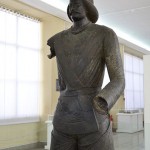 The Statue of Parthian Noble Man, Museum of Ancient Iran 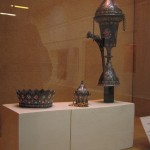 A hookah from 19th century, Museum of the Islamic Era 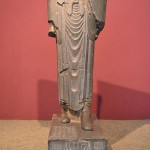 Statue of Darius I, Museum of Ancient Iran 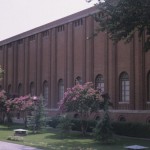 Side view of the Museum of Ancient Iran 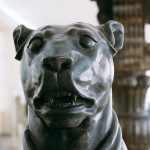 Statue of a mastiff, from the south east tower of the Apadana of Persepolis, Museum of Ancient Iran 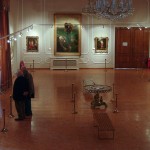 Inside the section of Fine Arts