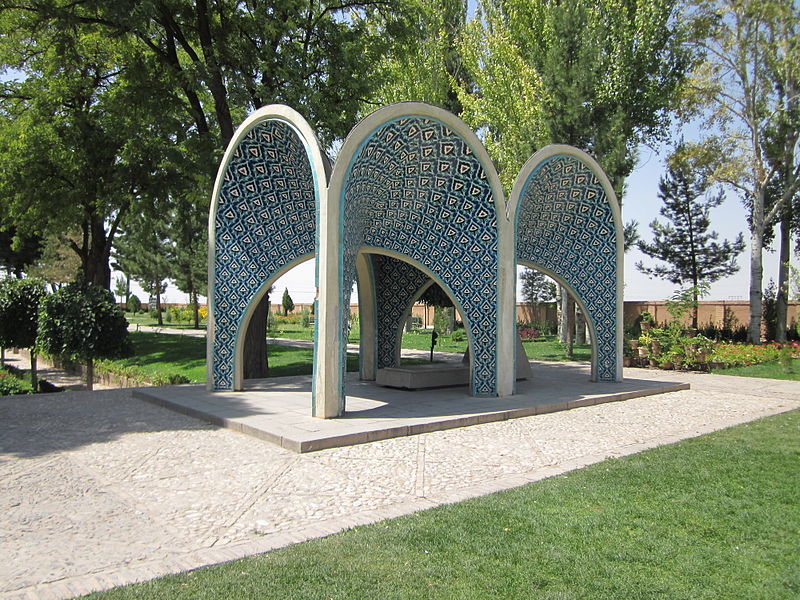 Nishapur or Nishabur ( also Romanized as Nīshāpūr, Nīshābūr, and Neyshābūr from Middle Persian: New-Shabuhr, meaning “New City of Shapur”, “Fair Shapur”, or “Perfect built of Shapur”) is a city in the Khorasan Province, capital of the Nishapur County and former capital of Province Khorasan, in northeastern Iran, situated in a fertile plain at the foot of the Binalud Mountains. It had an estimated population of 239,185 as of 2011 and its county 433,105. Nearby are the turquoise mines that have supplied the world with turquoise for at least two millennia. The city was founded in the 3rd century by Shapur I as a Sasanian satrapy capital. Nishapur later became the capital of Tahirid dynasty and was reformed by Abdullah Tahir in 830, and was later selected as the capital of Seljuq dynasty by Tughril in 1037. From the Abbasid era to the Mongol invasion of Khwarezmia and Eastern Iran, the city evolved into a significant cultural, commercial, and intellectual center within the Islamic world. Nishapur, along with Merv, Herat and Balkh were one of the four great cities of Greater Khorasan and one of the greatest cities in the middle ages, a seat of governmental power in eastern of caliphate, a dwelling place for diverse ethnic and religious groups, a trading stop on commercial routes from Transoxiana and China, Iraq and Egypt.

Nishapur reached the height of its prosperity under the Samanids in the 10th century, but was destroyed by Mongols in 1221, and further ruined by other invasions and earthquakes in the 13th century. After that time, a much smaller settlement was established just north of the ancient town, and the once bustling metropolis lay underground—until a team of excavators from the Metropolitan Museum of Art arrived in the mid-20th century. They worked at Nishapur between 1935 and 1940, returning for a final season in the winter of 1947–48. What remains of old Nishapur region is a 3500-hectare “Kohandejh” area, south of the current city of Nishapur.

Little archaeology has been done on this vast and complicated site. George Curzon remarked that Nishapur had been destroyed and rebuilt more times than any other city in history, an evocative statement whether or not it is statistically true. The Metropolitan Museum of Art undertook excavations from 1935 that were interrupted in 1940. Searching largely for museum-worthy trophies that they shared with the government of the Shah, the Metropolitan’s publications were limited to its own Nishapur ceramics. The site of Nishapur has been ransacked for half a century since World War II, to feed the international market demand for early Islamic works of art.

Shadiyakh (“Palace of Happiness”) was one of the main palaces of old Nishapur up to the 9th century AD, which became more important and populated after that. Some notable people like Attar lived there. Attar’s tomb is nowadays in that area. This palace was perhaps completely ruined in the 13th century.

Nishapur occupies an important strategic position astride the old Silk Road that linked Anatolia and the Mediterranean Sea with China. On the Silk Road, Nishapur has often defined the flexible frontier between the Iranian plateau and Central Asia. The town derived its name from its reputed founder, the Sassanian king Shapur I, who is said to have established it in the 3rd century CE. Nearby are the turquoise mines that supplied the world with turquoise for at least two millennia.

It became an important town in the Khorasan region but subsequently declined in significance until a revival in its fortunes in the 9th century under the Tahirid dynasty, when the glazed ceramics of Nishapur formed an important item of trade to the west. For a time Nishapur rivaled Baghdad or Cairo: Toghrül, the first ruler of the Seljuk dynasty, made Nishapur his residence in 1037 and proclaimed himself sultan there, but it declined thereafter, as Seljuk fortunes were concentrated in the west. In the year 1000 CE, it was among the ten largest cities on earth.

After the husband of Genghis Khan’s daughter was killed at Nishapur in 1221, she or Genghis ordered the death of the entire population of the city, which was reputedly 1.7 million. Their skulls were reputedly piled in pyramids by the Mongols. This massacre, combined with subsequent earthquakes destroyed the pottery industry.

About the arts in Nishapur or Old Nishapur:

Nishapur during the Islamic Golden Age, especially the 9th and 10th centuries, was one of the great centers of pottery and related arts. Most of the Ceramic artifacts discovered in Nishapur are preserved in the Metropolitan Museum of Art and Museums in Tehran and Mashhad. Ceramics produced at Nishapur showed links with Sassanid art and Central Asian. Nowadays there are 4 Pottery workshop in Nishapur. 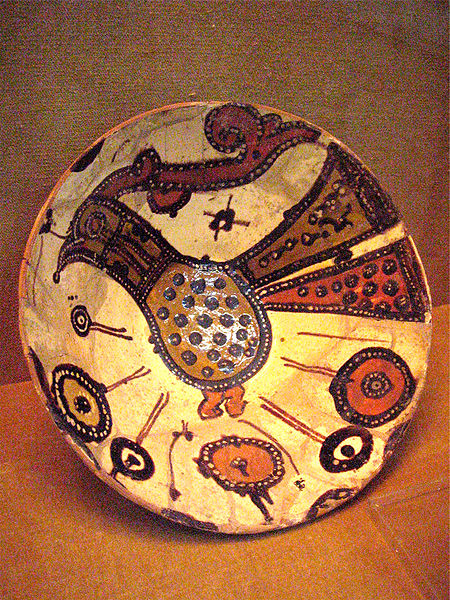 Modern art of carpet in Nishapur began in 1946 after inauguration of a carpet-weaving workshop in a caravansary. 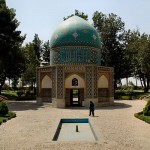 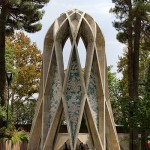 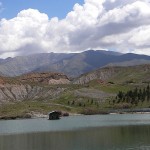 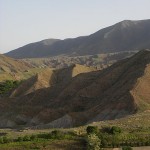 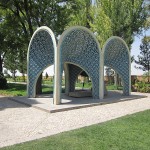