The Sefīd-Rūd ( pronounced: [sefiːdruːd], “White River” ) is a river approximately 670 kilometres (416 mi) long, rising in northwestern Iran and flowing generally northeast to meet the Caspian Sea at Rasht. The river is Iran’s second longest river after the Karun.

Sefid Rud has cut a water gap through the Alborz Mountains, the Manjil gap, capturing two headwater tributaries and widening the valley between the Talesh Hills and the main Alborz range. The gap provides a major route between Tehran and Gīlān Province with its Caspian lowlands.

Other names and transcriptions include Sepīd-Rūd, Sefidrud, Sefidrood, Sepidrood, and Sepidrud. Above Manjil, the river was known as Qizil Uzun, “Long Red River”. The river is famous for the quantity of its fish, especially the Caspian trout, Salmo trutta caspius.

In the wide valley before Sepid Rud enters the Caspian a number of transportation and irrigation canals have been cut; the two biggest are the Khomam and the Now. The river was dammed in 1962 by the Shahbanu Farah Dam (later renamed Manjil Dam) which created a 1.86 cubic kilometres (0.45 cu mi) reservoir and allowed the irrigation of an additional 2,380 km2 (919 sq mi).The reservoir mediates some flooding and significantly increased rice production in the delta. The hydroelectric component of the dam generates 87,000 kilowatts. The completion of the dam had a negative impact on the river’s fisheries, through reduced stream flow (due to diversion), increased water temperature, and decreased food availability, especially for sturgeon but also for the Caspian trout.

The river was known in antiquity by the names Mardos (Greek: Μαρδος; Latin: Mardus) and Amardos (Greek: Αμαρδος; Latin: Amardus). In the Hellenistic period the north side of the Sefid (then Mardus) was occupied by the mountain tribe the Cadusii.

David Rohl identifies the Sefīd-Rūd with the Biblical Pishon river. 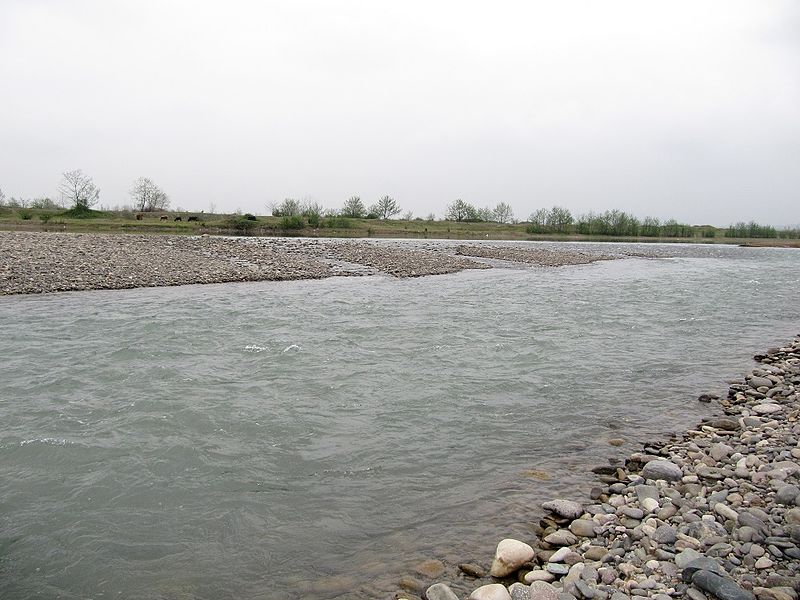 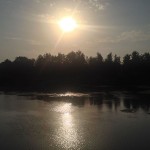 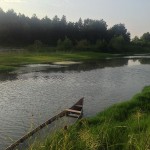