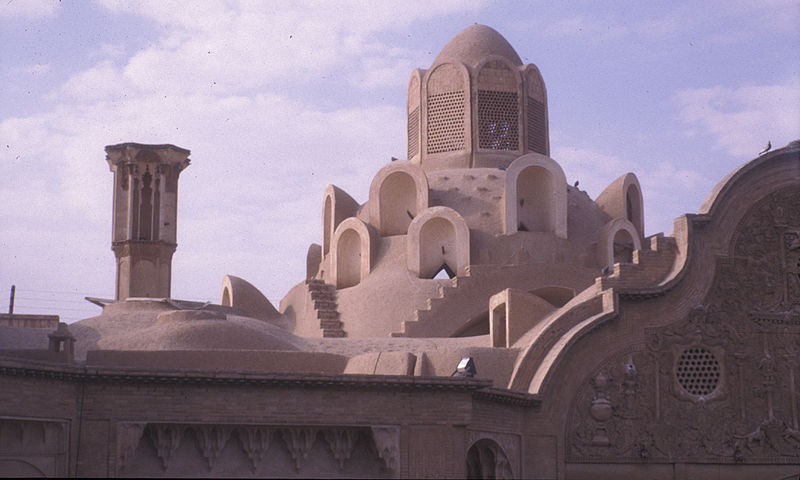 The etymology of the city name comes from Kasian, the original inhabitants of the city, whose remains are found at Tapeh Sialk dating back 9,000 years; later this changed to Kashian, hence the town name. Between the 12th and the 14th centuries Kashan was an important centre for the production of high quality pottery and tiles. In modern Persian, the word for a tile (kashi) comes from the name of the town. 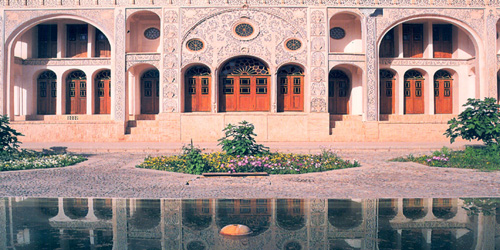 Archeological discoveries in the Sialk Hillocks which lie 4 km west of Kashan reveal that this region was one of the primary centers of civilization in pre-historic ages. Hence Kashan dates back to the Elamite period of Iran. The Sialk ziggurat still stands today in the suburbs of Kashan after 7,000 years.

The artifacts uncovered at Sialk reside in the Louvre in Paris and the New York Metropolitan Museum of Art, and Iran’s National Museum.

By some accounts although not all Kashan was the origin of the three wise men who followed the star that guided them to Bethlehem to witness the nativity of Jesus, as recounted in the Bible. Whatever the historical validity of this story, the attribution of Kashan as their original home testifies to the city’s prestige at the time the story was set down.

Abu-Lu’lu’ah/Pirouz Nahāvandi, the Persian soldier who was enslaved by the Islamic conquerors and eventually assassinated the caliph Umar al-Khattab in AH 23 (643/4 CE), reportedly fled to Kashan after the assassination and lived there some years before being finally caught and executed. His tomb is one of Kashan’s conspicuous landmarks (see gallery below).

Sultan Malik Shah I of the Seljuk dynasty ordered the building of a fortress in the middle of Kashan in the 11th century. The fortress walls, called Ghal’eh Jalali still stand today in central Kashan.

Kashan was also a leisure vacation spot for Safavi Kings. Bagh-e Fin (Fin Garden), specifically, is one of the most famous gardens of Iran. This beautiful garden with its pool and orchards was designed for Shah Abbas I as a classical Persian vision of paradise. The original Safavid buildings have been substantially replaced and rebuilt by the Qajar dynasty although the layout of trees and marble basins is close to the original. The garden itself however, was first founded 7000 years ago alongside the Cheshmeh-ye-Soleiman. The garden is also notorious as the site of the murder of Mirza Taghi Khan known as Amir Kabir, chancellor of Nasser-al-Din Shah, Iran’s King in 1852. 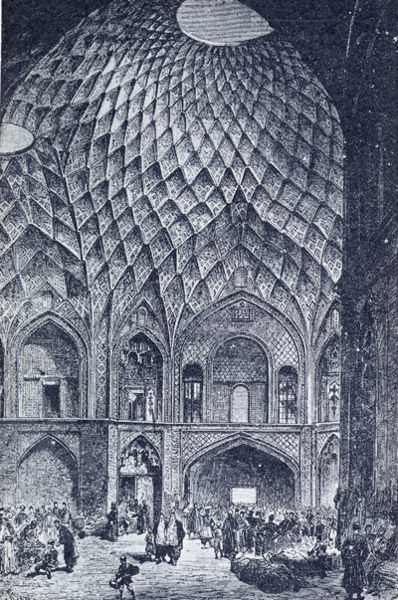 The earthquake of 1778 leveled the city of Kashan and all the edifices of Shah Abbas Safavi, leaving 8000 casualties. But the city started afresh and has today become a focal tourist attraction via the numerous large houses from the 18th and 19th centuries, illustrating the finest examples of Qajari aesthetics. 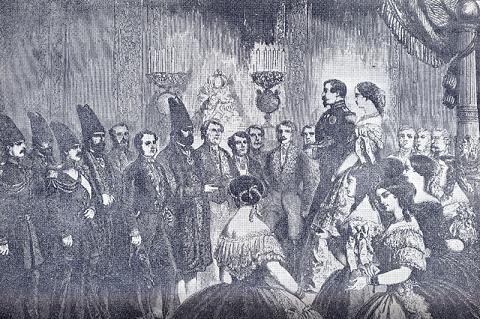 Amin-o-Dowleh, Persian Royal envoy to the court of Napoleon III.

Although there are many sites in Kashan of potential interest to tourists, the city remains largely undeveloped in this sector, with fewer than a thousand foreign tourists per year. Qamsar and Abyaneh are notable towns around Kashan, which attract tourists all year around. The nearby town of Niasar features a man-made cave and fireplace of historical interest.

Kashan is internationally famous for manufacturing carpets, silk and other textiles. Kashan today houses most of Iran’s mechanized carpet-weaving factories, and has an active marble and copper mining industry. Kashan and suburbs have a population of 400,000.

Ghaleh Jalali is not located in the centre of kashan as the text indicates. It is located on the edge of the southern margin of the old wall of the city. As a matter of fact the southern part of the wall and the Ghaleh ( the citadel ) join up and forms just one piece. Out of wall areas used to be simply irrigated farm lands, but today is sporadically residential. 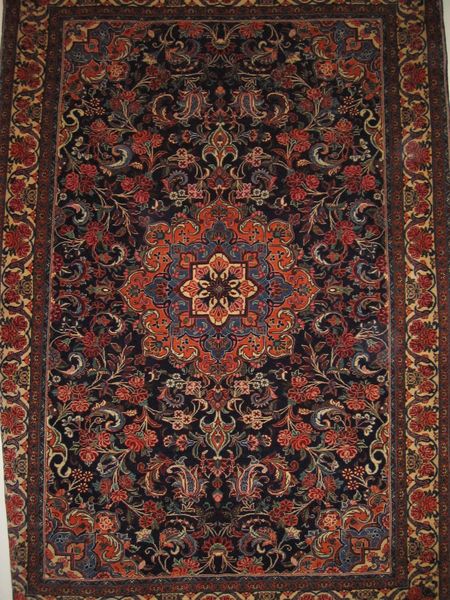 The rug of Kashan.

The Agha Bozorg Mosque and its “sunken” courtyard (18th century) 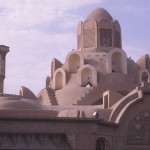 The Borujerdi ha House has become a famous landmark and sample of Persian traditional residential architecture. 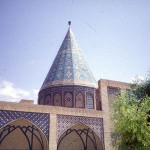 Tomb of Pirouz Nahavandi is not far from Fin Garden. 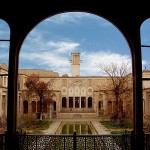 Emamzadeh Ibrahim also known as Emamzadeh Shahzadeh Ibrahim is a mausoleum in Kashan. The monument dates back to the Qajar era. The structure has a tu... Read more

The Maranjab Desert is located by the city of Aran va Bidgol, one of the ancient desert cities of Isfahan province. It was once composed of two separa... Read more

The Tabriziha mosque is a historical mosque in Kashan, Iran. The mosque is located in Malek bazarche and belongs to the Qajar era. It was built by Moh... Read more

Tepe Sialk  is a large ancient archeological site (a tepe or Persian tappeh, “hill” or “mound”) in a suburb of the city of Kas... Read more

The Meydan mosque is a historical mosque in Kashan, Iran. It is located in the southern side of the Sang-e Ghadimi square and beside the Bazaar of Kas... Read more

Bazaar of Kashan (Persian:‎ Bāzār-e Kāshān) is an old bazaar in the center of the city of Kashan, Iran. It is thought to have been built in the Seljuk... Read more

The Jameh mosque of Kashan is the oldest historical structure in Kashan, Iran. Its only brick minaret is located in its southeastern corner. On the bo... Read more

The Jalali castle is located in Kashan, Iran. The walls around Kashan were built originally by Zobeyde Khatun, Harun al-Rashid’s wife. She spons... Read more

The Āmeri House (Persian: Khāneh-ye ‘Āmerihā), is a historic house in Kashan, in Isfahan Province, in Iran. It was built during the Zand era for... Read more